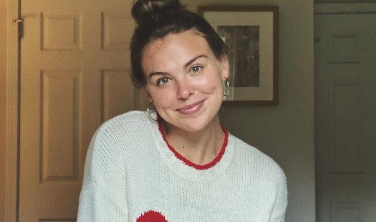 Hannah Brown took to Instagram Live to talk to her fans while she did her makeup. Lots of people have been losing their minds over the fact she quarantined with Tyler Cameron, her Bachelorette runner-up. They wanted to know if they were together.

The two trolled fans for days on end while they created a Tik Tok with their friends called The Quarantine Crew. They flirted a lot and obviously had great chemistry, but would never admit to being together.

“Who is this person and what is that stuff on her face?” 😂 I am loving this low maintenance thing we’ve got going on. Should I do a makeup tutorial to brush up on my skills?

Did She Enjoy Life In The Quarantine Crew’s House?

Now, Hannah has made her current relationship status clear to anyone who was wondering. She put on her makeup and said she needed to be back in Alabama with her family.  She answered several questions. One fan asked her if she would be on Bachelor in Paradise, and she gave them a simple no. Another asked if she enjoyed hanging out in the quarantine house, she said she did.

Brown said, “yeah, it was so fun. That’s a lot of people in one house. But it’s good people. So you have good people, good times. I like my alone time. I like my space. There’s nothing wrong if I stay in my room all day. Sometimes I need that.” She acknowledged it was difficult to have that time in the circumstances at Tyler’s house.

What Did Hannah Brown Say About Her Relationship Status

Hannah Brown talked about having babies according to Hollywood Life. She said she thought she’d be married right now and be trying for kids at age 25. She talked about how so many of her friends were already great moms. Brown said, “they’re the best moms, but I couldn’t imagine.  I mean I could be, like if something happened, absolutely I can be. I’m not ready for that just yet. I’m still trying to figure out my life and how it’s changed.”

While she thinks she’d be a great mom she said, “you have to have a significant other for that. And I don’t.” There it was, the truth about Tyler. She’s single. Anything could happen when they reunite after quarantine, but right now she’s just trying to figure out her own life.

What Type Of Mom Would She Be?

Hannah Brown did say she wanted to be a boy mom. She would love to cheer him on in sports. Fans want Hannah to fall in love and get all the babies she wants, but some acknowledge she may not have met him yet. Some fans called Tyler out on Instagram saying he wasn’t right for her. He responded by calling them cat ladies, clearly offended by their assumptions.

For now, Hannah is in Alabama with her family. She left Tyler Cameron and his friends in Florida to continue their daily workout and silly dance videos. Fans will keep up with her lives and the amount of time she spends FaceTiming with Tyler until quarantine has been lifted.