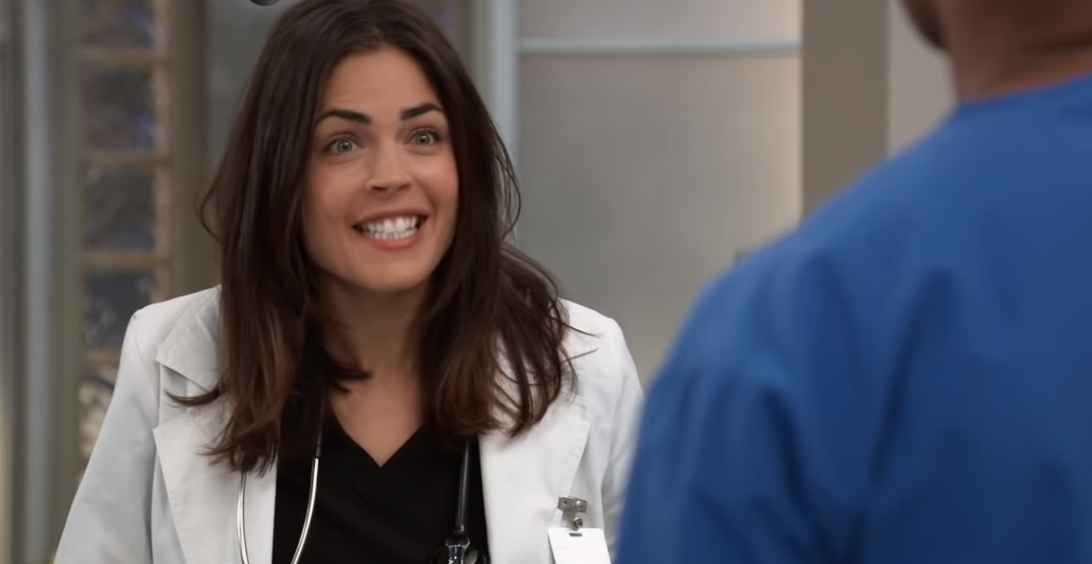 The actress who plays ‘The Britch’ on General Hospital and appeared as Zoey on DOOL has opened up about leaving GH.

Kelly Thiebaud, 37, first appeared as Dr. Britt Westbourne on General Hospital on September 19, 2012. She achieved contract status on the ABC Network soap during February 2013. However, she went onto recurring status during November 2014 at the end of her two-year contract. Kelly uses this status to also pursue other acting opportunities. However, now fans get now bad news.

Kelly Thiebaud has recently wrapped up her latest reprisal at Dr. Britt Westbourne on General Hospital. In the soap, fans find out Britt has taken a new job at a Boston Hospital, while Kelly is playing Zoey on Days Of Our Lives.

As reported by Soap Opera Digest, fans of her character on General Hospital are disappointed. Kelly addressed this on Twitter, where her profile states, “I never act. I simply bring out the real animal that’s in me.”

Currently i am not on any shows as a series reg. I’m just bouncing around where the work takes me. Thank you for welcoming me again back to Port Charles. Always a fun visit and let’s hope there is more to come. Love you all! Stay safe 😘

In her post, she starts by clarifying the situation. Thiebaud says yes, unfortunately, she doesn’t have any more scenes on General Hospital right now. However, she added this could change when production finally starts up again after the COVID-19 pandemic. This gives fans a little hope of seeing her again in Port Charles.

Hiiii! Just wanted to clarify some things! Unfortunately yes i dont hve anymore scenes on #GH at the moment, BUT that could all change once productions starts bck up. I guess if y’all want more of #TheBritch u will hve to harass Frank and the #GH writers,it’s up to them.

Kelly went on to tell fans that if they want more of “The Britch,” they should harass Frank and the General Hospital writers. She said it is all up to them. Thiebaud writes that she isn’t currently on any shows as a series regular. She says she is “just bouncing around” wherever the work takes her.

Kelly finished by thanking fans for welcoming her back to Port Charles. She says it is “always a fun visit” saying, “Let’s hope there is more to come.” She ended by saying she loves everyone, telling them to stay safe.

Kelly has appeared in the NBC Daytime soap Days of Our Lives and in the primetime show Criminal Minds. Thiebaud has starred in several movies, including Hostel: Part III (2011) and Healing the Stupid (2013). Variety once dubbed Kelly a “superstar pop tart” for her role in Grace Unplugged, as someone who uses her body as her path to success.

How do you feel about Kelly Thiebaud leaving her role as Dr. Britt in General Hospital? Will you miss the actress? In the meantime, keep watching General Hospital on the ABC Network weekdays.