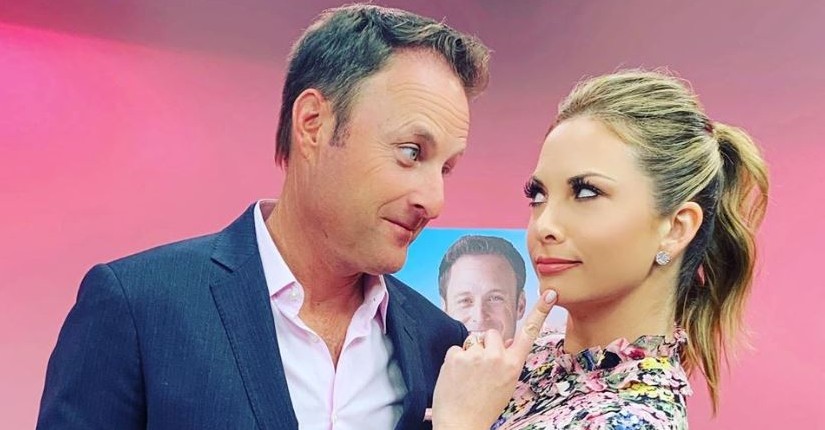 Bachelor host Chris Harrison is always helping everyone else find love. But, what’s the scoop on his own love life? Let’s dive in and find out more about Chris’ relationships, past and present. There may be some shocking reveals you didn’t know.

Was Chris ever married?

Women’s Health shared all the details about Chris and his dating life. As it turns out, Chris has been married before. When The Bachelor first started in 2002 Chris was married to a woman named Gwen, who happened to be his high school sweetheart. He was married for 18 years prior to announcing his divorce in 2012. They have two children together, a son and a daughter.

After divorcing Gwen, Chris admits he was not looking forward to being single. At the time he had said, “I guess I am a bachelor now, which scares the holy hell out of me—I’m not going to lie—because I haven’t been one since the early ’90s. And I thought those days were over—and I was happy to have them over! I was never one of those married guys that was like, ‘Man, I wish I was at the club at 4 a.m. with those guys!’ I am so happy to be home, I love my life at home.”

Who has he dated?

Chris actually went on a date with Bachelor alum Ashley Spivey. It obviously didn’t work out. She’s now married and does podcasts with Reality Steve. But, at the time, Chris and Ashley were set up by JP and Ashley Rosenbaum. They chatted quite a bit, but nothing serious ever developed. Of course at one point fans were really hoping to see Chris become The Bachelor. That too never happened.

Following that, he dated Kelly Sarac in 2013. This relationship he kept on the downlow and not very many knew about it. In 2016 he was rumored to be dating another Bachelor alum, AshLee Frazier. Nothing ever became official and then in 2017 she addressed the rumors. AshLee said while she and Chris may have crushed on each other, that nothing ever came of it.

Most know now that Chris is currently dating and quarantining with Entertainment Tonight correspondent, Lauren Zima. The two made their debut in January 2019 and have been going strong ever since. Lauren is the woman in charge of  Roses and Rosé which recaps all the latest Bachelor news. They are adorable together and seem to be really in love.

While it seems Chris has found love, there are currently some musicians looking for a mate on the premiere season of Listen to Your Heart. Don’t miss this new steamy spinoff Monday nights on ABC.