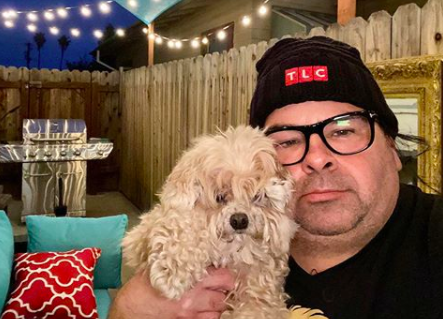 90 Day Fiancé: Before the 90 Days star Ed Brown, more commonly known as “Big Ed” is mending his relationship with his daughter, Tiffany. The father-daughter duo hit a rough patch after she worried about him going on the TLC reality series.

Big Ed got his daughter back

Ed told US Weekly, “I got my daughter back. That would’ve been horrible [if I lost her]. But absolutely, 100 percent no regrets.”

Ed and Tiffany’s relationship first encountered issues when he left for the Philippines unannounced. He went, of course, to meet Rosemarie “Rose” Vega for the first time in person.

Ed went on to share the pair’s love story. He said, “I found Rose on social media. We fell in love. We were FaceTiming about three to four times a day for about three months. I bought a ticket [to see her] and I posted that online, and everybody [was] like, ‘Oh, my God, you’re doing 90 Day Fiancé.’ I never heard of the show. Well, my daughter and my ex-wife were huge fans, so they … could see into the future what was gonna happen to me ‘cause when you expose your life and everything that’s personal about you, you basically open yourself up for ridicule.”

Before Ed got on the plane, he kept calling his daughter, but she did not answer. I mean who could blame her, I would have the same feelings as Tiffany watching my dad runoff across the world to meet someone for the first time. It’s a huge risk in itself, let alone doing the whole experience while on a reality TV show.

Big Ed didn’t give up on Tiffany

With throw back to raising Tiffany, we would bike 20 miles a day..!

Since Tiffany ignored his calls, Ed made a video message for her instead.

Ed shared what his video message entailed, “I basically said, ‘Look, if I never see you again, I love you.’ That was tough. It hurts when you’re happy and people in your life that love you are hurting.”

The 90 Day Fiancé star went on to say that there was no way he could be happy unless he and Tiffany were both happy in their relationship too.

Okay, okay, I’m a little choked up that was pretty sweet of him.

Ed recalled the moment when Tiffany hung up on him and wouldn’t answer his calls. He described it as the worst thing he’d ever gone through. He then admitted to US Weekly that watching back the scene of himself at the airport brought him to tears.

Finally Ed said, “I love my daughter. She is — and I say this with love and respect — a pain in the ass, just like her dad. Her mom tells her every day, ‘You’re just like your father,’ and we are. We’re very passionate about who we are…She never gives up. She’s a fighter.”

In the end, it seems everything is going well for Big Ed. He fell in love, he got the girl, and he got his daughter back.

Be sure to check back in with TV Shows Ace for all your latest reality TV news!