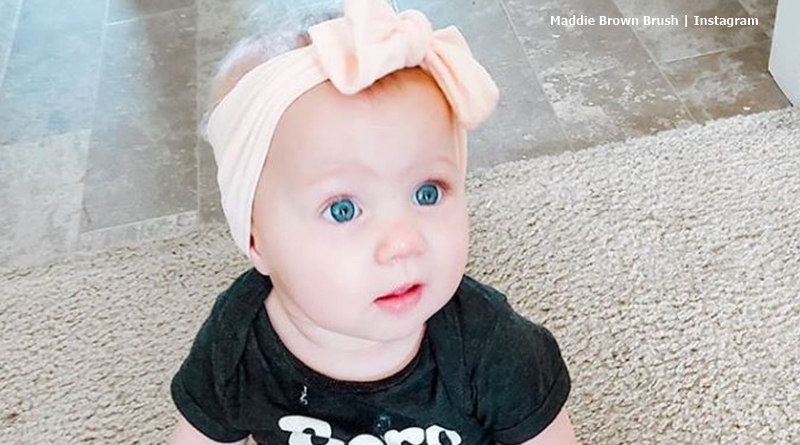 Sister Wives fans heard in late March that Maddie Brown Brush’s little girl Evie K already pulls herself up. Janelle shared the news via her Twitter, citing an Instagram post by Maddie. Now, following the finale episode of the show this weekend, Janelle updated her followers. Recall, fans saw Maddie give birth to Evie. Janelle said that these days, Evie’s even attempting to take a few steps.

Sister Wives  – 3 weeks ago Evie K pulled herself up

TV Shows Ace reported on March 25, that thrilled with Evie’s progress, Janelle Brown shared about her grandchild on Twitter. She wrote, “Miss Evie is pulling herself up and ‘talking away.'” Then she mentioned, “The coolest thing is that she is figuring out how to stand even with uneven limbs.” Janelle directed people to a post that Maddie shared about the milestone.

In our article about the milestone, we noted that The Bump said that “most kids start trying to pull themselves up into a standing position at around 9 to 12 months.” Notably, though, at about eight months, it’s not unheard of. It appeared Evie was slightly ahead of her peers. But then, most other kids don’t suffer the same setbacks a little Evie. Evie was born with FATCO syndrome. Actually, Evie’s missing a calf bone and her shinbone’s bowed. Now, the littlest Sister Wives star’s trying to take a few steps.

Miss Evie is pulling herself up and “talking away “. The coolest thing is that she is figuring out how to stand even with uneven limbs. It’s quite ingenious. Here is a screen shot of something Maddie posted #SisterWives pic.twitter.com/WqQ828F9B9

On Easter Sunday, Janelle shared the progress of Evie again. This time, her post about her granddaughter noted, “Despite her challenges – Miss Evie K is already pulling herself up, trying to stand and even take a few steps. Her differences aren’t slowing her down any bit.” That seems amazing given the little girl’s physically challenged. Many fans reacted to her post, and one said, “As a parent of a child with special needs, I admire and am so thankful that Maddie and Caleb will treat her ‘normal’ and not use this as an excuse. She’s not disabled, she’s differentlyABLED!!! Can’t wait to see what that fierce girls future has in store.”

Then, another Sister Wives fan wrote, “She is beautiful! I remember when Maddie 1st put it on her Instagram. I remember thinking, this baby is going to be just fine because she has a family that loves her fiercely.” Many people noted that  Janelle Brown seems strong and healthy, and they see similar traits in her granddaughter. One fan with a grandchild suffering from a similar condition noted, “My grandson was born with fibular deficiency and there is not one thing he can’t do. He is 10 now!”

Despite her challenges – Miss Evie K is already pulling herself up, trying to stand and even take a few steps. Her differences aren’t slowing her down any bit #SisterWives

What do you think about Evie K so determined not to let her physical differences get in the way of learning to walk? Sound off your thoughts in the comments below.