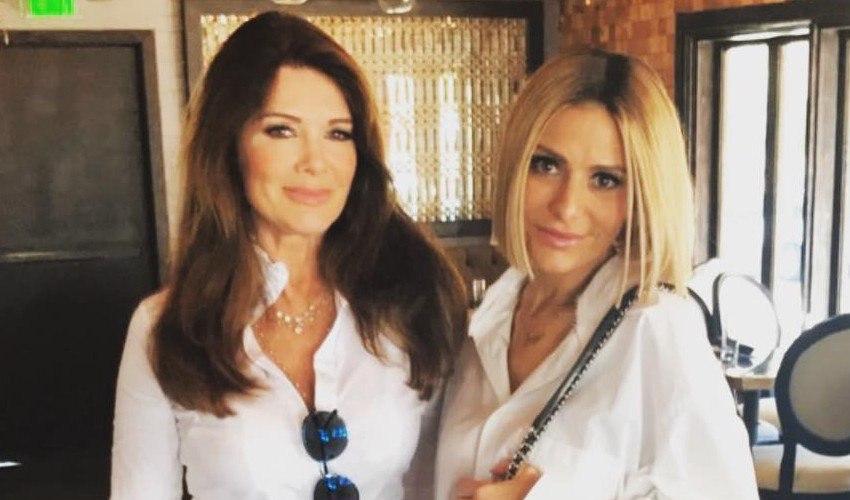 It’s safe to say that the friendship between Dorit Kemsley and Lisa Vanderpump is over. Dorit threw major shade at her former The Real Housewives of Beverly Hills co-star.

As fans know, Lisa left RHOBH after a falling out with the other women during Season 9. Dorit was at the center of “Puppygate.” The mom-of-two adopted a dog from Lisa’s Vanderpump Dogs only to dump it at a city shelter instead of returning it to the rescue.

However, the falling out was over Lisa allegedly leaking a story to the media about the situation. Lisa still denies leaking the story, but it ended her friendships with Dorit and RHOBH’s Kyle Richards.

Lisa, along with Kyle, appeared on RHOBH since the show’s first season. Throughout her 9 seasons, Lisa faced many allegations of being a puppet master. Opening up to The Daily Pop, Dorit seems to refer to that in her comments about how Season 10 is different. According to Dorit, she’s “come into my own” during the new season. She explains,

The RHOBH star feels that she can speak her mind now. She has the “freedom to have an opinion” in ways she hasn’t before.

Dorit didn’t always have a “great relationship” with her co-stars. In previous seasons, she tangled with Teddi Mellencamp. However, the two are on good terms now. Dorit does admit that she “poked fun” at the “unbreakable bond” between Teddi and BFF Kyle.

According to Dorit, Kyle “doesn’t like it too much.” In fact, the two seem to argue in the RHOBH Season 10 trailer. At one point, Dorit says she is about to “freak out” on Kyle.

Fans will have to tune in to RHOBH to see what goes down.

Which RHOBH Co-Star is Her Husband’s ‘Least Favorite’

When Dorit first joined RHOBH, she and her husband, PK Kemsley, were close friends with Lisa and her husband, Ken Todd. However, that doesn’t seem to be the case anymore. Dorit throws shade in Lisa’s direction about where they stand now.

When asked about PK’s least favorite housewife, Dorit implies that their former friend is pretty low on the list. She says she “thinks his least favorite is gone,” alluding to Lisa’s recent departure.

Dorit also reveals that she considers leaving RHOBH every season. Certain situations feel “too much” for her, but she ultimately pushes through her concerns.

The Real Housewives of Beverly Hills Season 10 premieres on Bravo this Wednesday, April 15.