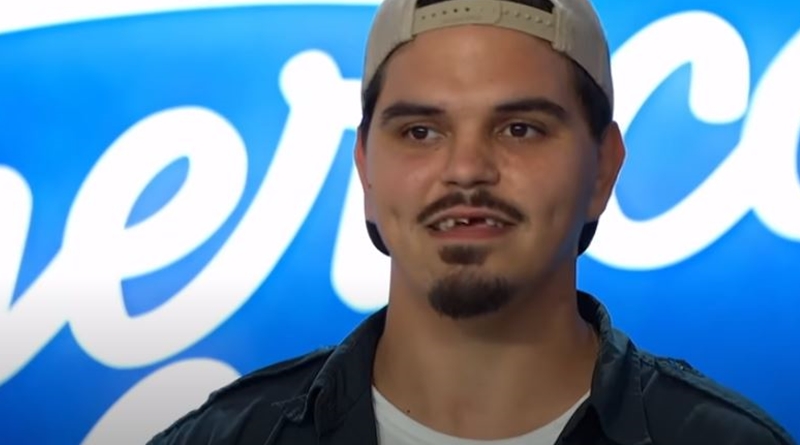 American Idol fans saw Katy Perry emotionally tell Douglas Kiker, the garbage man that his audition wasn’t “garbage.” Inspired by his daughter he did well enough to go through to the Hollywood Rounds. Shortlived at that stage, he nevertheless found some fame, and now gets more gigs. Plus, he boasts a brand new set of teeth.

TV Shows Ace reported that the contestants got sent home and viewers won’t see the live shows for a while. It came during the coronavirus epidemic. But, the show got more content in the form of a two-hour special, American Idol: This Is Me. In the show, they caught up with some of the performers from season 18. Garbage man Douglas Kiker featured in the special, and he’s over the moon at the way the show helped boost his singing career.

Recall that he told the judges that he sings all the time while collecting garbage. He didn’t know much about any techniques but gave it his best. He told the judges that his little girl inspired him. Douglas wanted her to know that the sky’s the limit and anyone can change their lives. His singing impressed Katy Perry  In fact, his humble demeanor saw more than 200 million video views, Yahoo reported. And fans couldn’t help but notice his toothy grin. Missing teeth in the top front of his mouth, many American Idol fans commented on YouTube, hoping he could get his teeth fixed.

In his segment of the special, Douglas said: “have you noticed something different about me?” Then he pointed out, “I got new teeth man.” Douglas proudly gave a huge smile. Then it cut to him with his little girl. He said that he’s now got enough confidence to “sing in front of other people.” Actually, he gets gigs in Alabama. He mentioned singing for a “birthday party on YouTube,” due to restrictions with CODIV-19. Then, he told his little girl again, that he’s” doing it for her,” not for him.

Plenty of American Idol fans commented on the clip shown on Twitter, One said, “Doug, your heart is bigger than your smile. May you go far in life and remain a great father.” Another person noted, “He seems like such a great guy! He warms my heart!” Other fans really hoped the show might bring him back. Many fans noted that somehow, Douglas Kiker stole everyone’s heart and became a fan-favorite despite his short run in the show.

The home check in we needed from #DougKiker #AmericanIdol 💕 pic.twitter.com/9KjbKSqv3p

What do you think about the garbage man, Douglas Kiker getting brand new teeth and new opportunities? Are you happy for him? Sound off your thoughts in the comments below.