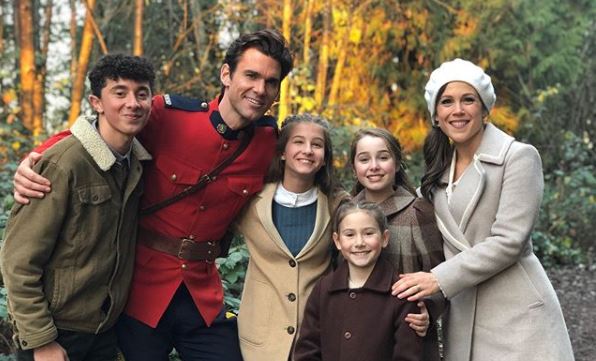 When Calls the Heart had a shocking episode tonight. The viewers are curious if Lee Coulter could end up passing away. he did end up hitting his head and was left in a bad spot. Hallmark released a big preview for next week that shows what to expect. The big issue is that it doesn’t share much about Lee. These answers may not come right away.

You can see the preview above, which is what to expect on the next episode, which airs on April 19. A big part of this episode is going to be about Elizabeth’s book. She has been trying to get this published, but it looks like she might be getting a bit more help than she is asking for.

Elizabeth is getting close to a point where she needs to make a choice between the two men in her life. Lucas and Nathan both want to be with the single mother. It looks like Nathan might be ready to make his big move. He needs to do that if he wants to be with her. This has been a great focus of this season. A lot of the viewers are ready to hear who she picks and move on from this story on When Calls the Heart.

At the end of the latest episode, Lee was still unconscious. This left the fans concerned that he could pass away. In the preview, a lot of the town was up all night worrying about Lee. They are looking for updates. It looks like nothing has changed yet and hopefully, it won’t be another week before fans find out if he is okay or not. Rosemary has found the love of her life and would be lost without him.

So far, it hasn’t been shared if he is going to leave the show. Everyone is hoping that he will stick around. Daniel Lissing and  Lori Loughlin are already gone. Hopefully, Kavan Smith won’t be the next to leave the show. He isn’t saying a word yet. When Daniel Lissing left, it was his decision to move on. They killed off his character. Lori Loughlin left because of something that was not her choice, though.

Don’t miss new episodes of When Calls the Heart and When Hope Calls on Sundays on Hallmark Channel. Hopefully, next week will give fans answers about the fate of Lee Coulter.

‘The Young And The Restless’ Spoilers, June 11-14: Summer Needs To Watch Her Back
Erin Krakow Wants Lori Loughlin To Return To ‘When Calls The Heart’
Why Does ‘sMothered’ Star Cher Look So Familiar?
’LPBW’ Fans Swoon Over Tori & Lilah Roloff In Field Of Wildflowers
Viewers Are Here For ‘Thicc B*tch’ Corey Of ‘Too Large’