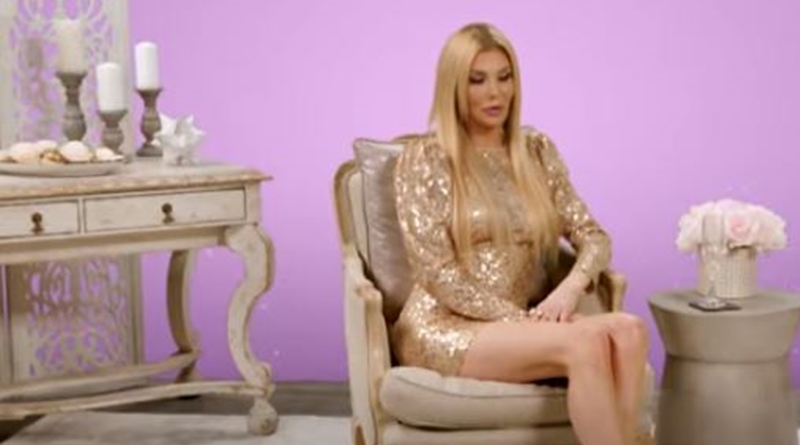 RHOBH fans know that Brandi Glanville, just like non-TV celebrities, makes new adjustments to her lifestyle during the COVID-19 pandemic. Actually, she miscalculated on her toilet paper needs and struggled with obtaining more. Now, she made a joke about life during quarantine time.  However, so many fans never stopped to actually read the full tweet, they went and dissed on her. One thing that might be lacking right now, is a sense of humor, it seems.

Across the world, the reality of the coronavirus sets in. People become quick to condemn people for breaching the social distancing rules. Initially, the focus turned to bulk-buying and hoarding toilet rolls. We reported that Brandi didn’t and so she battled with supplies. Actually, bulk buying dissing then turned to social-distancing critics, and that’s not a bad thing as everyone feels fearful. But, some fans dissed on Real Housewives Of Beverly Hills‘ Brandi as they never read the whole tweet.

Andy Cohen, Bravo’s host of RHOBH shared Brandi’s tweet where she joked about a pedicure. In the tweet, Brandi wrote, “I had the worst pedicure today of my life!” Well, it seems few people read beyond that first sentence. She also wrote, “first off she was SUPER bitchy she really didn’t know what she was doing.” Brandi elaborated, noting, ” she made my cuticles bleed and I have nail polish everywhere.” Another thing she wrote also delivered the punchline. Brandi noted, “I am never going back to myself again for a pedicure.”

Fans don’t read the whole tweet and miss the joke

Super-quick to hit the social-distancing hot button, many fans of Real Housewives Of Beverley Hills responded with criticism. One said, “You shouldn’t be out anyway.” Another one wrote, “The worlds in lockdown and your moaning about a pedicure.” More pitched in their thoughts. This person noted, “Just be glad you can afford one. Some of us can’t on the best of days!” Here’s another example, “Why would you RISK having a pedicure! We are in a Pandemic for #%#% sake. People are dying every day. STAY HOME!!” Ouch. Well, other fans picked up on how many people don’t read full tweets.

One RHOBH fan standing up for Brandi noted, “Guaranteed tons of ppl did NOT read & they’re reaming u 4 going out 4 a pedi! READ PPL, READ! That’s half the problem with this country. Everything is done half-*ss & no one reads 4 themselves. They depend on others or skim & don’t comprehend. Very funny!!” Another one said, “the lack of reading comprehension coming from people responding to this tweet is staggering.”

I had the worst pedicure today of my life ! first off she was SUPER bitchy she really didn’t know what she was doing she made my cuticles bleed and I have nail polish everywhere I am never going back to myself again for a pedicure

What did you think of all those RHOBH critics dissing on Brandi Glanville as they missed the joke? Sound off your thoughts in the comments below.

Jarrod Schulz Wipes ‘Storage Wars’ From Instagram: Off The Show?!
’LPBW’ Fans Swoon Over Tori & Lilah Roloff In Field Of Wildflowers
Wait, Why Isn’t A New Episode Of ‘Seeking Sister Wife’ On?!
‘KUWTK’ Sneak Peek, Khloe Kardashian Gets Heated Over Kourtney’s Love Life
Carly Waddell Rushed To Hospital, Evan Bass By Her Side, What’s Going On?