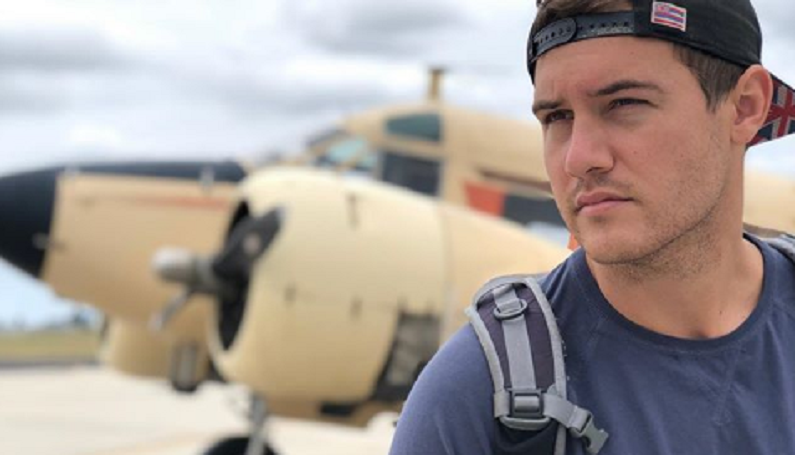 Peter Weber has kept quiet on his broken engagement from Hannah Ann Sluss. Usually, the Bachelor goes on a promo tour after the finale. Peter had such a hard time, that he couldn’t talk about what went down. He felt embarrassment over his journey and how things happened.

He proposed to Hannah Ann Sluss during his season of The Bachelor, but the two ended their engagement before the live finale. Now, he’s ready to speak out about what happened. He admits that he shouldn’t have proposed to Hannah Ann. He said that he even questioned their relationship during their trip to Australia.

On his interview on The Viall Files, Peter Weber admitted his wrongdoing. He owned up to the mistakes he made on his season of The Bachelor. He admits they should have continued their relationship instead of rushing to the next step.

“I was 100% in the wrong with Hannah Ann,” Peter Weber confessed, as per Showbiz Cheat Sheet. “Ending that relationship… honestly even going back to Australia and, like, the engagement, I was so confused. I’ve never been that confused in my entire life and that last week was such an emotional roller coaster for me. I probably shouldn’t have gotten down on one knee if I wasn’t 100% sure about that.”

So sorry to hear @compass_airline is ceasing operations. To all my brothers and sisters flying there, I’m thinking of you today ❤️ The memories made working with you will stay with me forever. People, please take this virus seriously and practice social distancing. This virus is causing businesses to close and severely affecting people’s lives. Stand strong and stay safe!

Why did Peter get down on one knee? He thought it would help him get over Madison Prewett. He was in love with two very different women. Peter thought proposing to Hannah Ann felt right in the moment. But it wasn’t right for him to hurt the people that he loved.

Why the couple didn’t work out

Peter Weber had a feeling that they weren’t going to work out. They only spent time together three times out of the entire season. Peter explained what happens after filming ends. The couples don’t get to see each other for months.

He noticed they weren’t the right match. The reason why they weren’t good together is because they didn’t “challenge each other enough.”

“You don’t have any of the show there and you’re not able to just be a normal couple, which it sucked,” Peter admitted. “I wanted to give us a chance, just to get to the real world and see what it was like but I think that mixed with my unresolved feelings for Madison and then the fact that it’s such a tricky situation because I want to be able to vent to her and I want to be able to lean on her about that but I can’t because that’s just so like inappropriate and that’s not what she wants to hear, obviously.”

There have been times when Peter wondered if he gave up too soon on Hannah Ann. Maybe he’s been following her on Instagram because he admits he made the right decision when he did. Hannah Ann has been throwing shade at Peter’s expense on social media and in recent interviews. She can’t seem to get enough. Hannah Ann tries to get in the last word about their split whenever she can. Only time will tell if she responds to Peter’s latest interview.

The couple hasn’t spoken since their split. Peter has been linked to Bachelor contestant Kelley Flanagan, while Hannah Ann teased a “mystery man” in her life.

What do you think? Do you think Peter Weber and Hannah Ann Sluss made a good couple? Sound off below in the comments section.