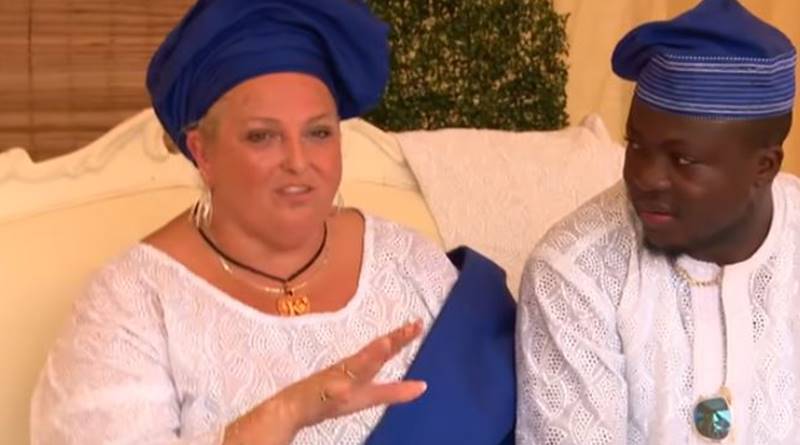 90 Day Fiance fans who love Angela Deem and Michael give her a bit more love right now as they donated masks to McDonald’s workers in her community in Hazelhurst. It’s no wonder that many of them would love to see the couple in their own special on TLC. They gave the couple many kudos for spreading love and kindness during the COVID-19 crisis.

Angle Deem’s not flush with plenty of pots of money, and fans know that the stars on TLC pay for their own trips across the world. And, when it came to organizing her wedding to Michael in the USA, she couldn’t afford too many frills. But despite that, she and Michael made a donation of masks for use during the COVID-19 pandemic. Taking to her Instagram on Saturday, she told her fans they should use this time to focus on kindness and loving gestures. Sharing some photos of people wearing masks, Angela wrote, “The current pandemic has stirred up fear.” She added, “We should not fear but rather spread love no matter how little and keep the hope alive.”

Angela didn’t make a massive donation, but they obviously did what they could. The 90 Fay Fiance veteran noted, “Micheal and I donated 35 face masks to McDonald’s in my community Hazlehurst.” Plus, she said they also went to “every employee and to Krystal as well.” Finally, she ended with a blessing, saying, “May God heal our land and God bless America and all over the World.” Many fans reacted to the news and they poured out their praise for their efforts.

Fans heap kudos on Angela and Michael for their gesture

Angela’s 90 Day Fiance fans reacted very positively to the news. Here’s what some of them said to her:

Naturally, some 90 Day Fiance fans took the opportunity to ask if Michael’s with her in the USA yet. But as one follower noted “Angela is good at keeping that NDA! And it means we will see her own future seasons!”

The current pandemic has stirred up fear, we should not fear but rather spread love no matter how little and keep the hope alive, Micheal and I donated 35 face masks to McDonald’s in my community Halzehurst. Also To every employee and to Krystal as well May God heal our land and God bless America and all over the World.🙏 🙏 #staysafe #stayhealthy #Teamangelamichael

As you can see from the comments in the post, people love Angela and want to see her back in future seasons. TV Shows Ace reported that in a small poll about seeing the couple on their own 90 Day Fiance special, more people hoped for it than didn’t. The mask donation really highlights that under all the bluster and drama, Angela’s heart sits in the right place, fans think. Do you agree? Sound off your thoughts in the comments below.