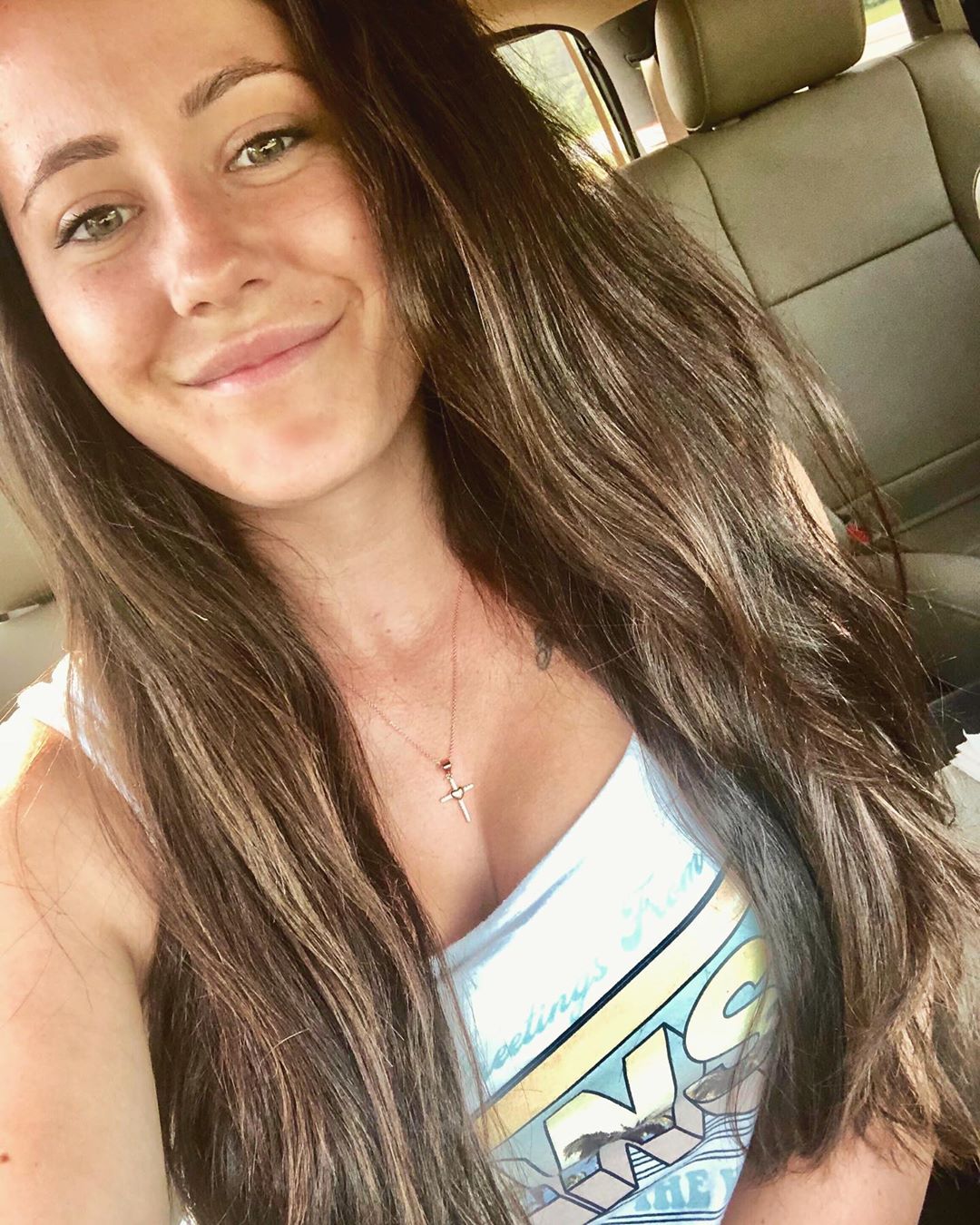 Teen Mom 2’s Jenelle Evans made her debut on MTV’s Teen Mom franchise ten years ago. At the time, she was 17 and pregnant with her son, Jace. As a result of a series of uncouth events involving her husband, David Eason, she left the show in 2018.

The Burden of Being in the Public Eye

To start, in February of 2018, David was fired from the show after “allegedly sharing homophobic tweets,” reports HollywoodLife. After that, in May, David confesses to killing Jenelle’s dog, French Fry. Sadly, this tragedy resulted in the brief loss of custody of Kaiser and Ensley. Subsequently, Jenelle left the Teen Mom franchise. “I have spoken with my old producers many times about this,” Jenelle explains to HollywoodLife. Furthermore, Jenelle says producers still say she is ‘let go for a season.'”

Is Jenelle Coming Back to Teen Mom 2?

On April 3rd’s episode of iClick TV’s Dirty Reality podcast, Jenelle discusses MTV and what stopped production. Remarkably, Jenelle claims, “While living in Tennessee, I was in talk with my producers, and they were asking me to send them footage of daily routine with kids and what I was doing.” She goes on to say, “And they were thinking about kicking Jade off the show.”

What’s Going on with Jade?

Sadly, a search of recent news about Jade Cline brings to light the tragic death of Officer Breann Leath. Officer Leath was only 24 years old when she was shot and killed responding to a domestic incident call, as reported by The Sun.

Jade tweets, “Love you @RochelleBreezy. We were best friends in high school and spent almost every day together. [I] Regret not spending more time together as we grew older. Always in my heart.”

My heart is heavy af. Love you @RochelleBreezy We were best friends in high school and spent almost every day together. Regret not spending more time together as we grew older. Always in my heart. God gained an angel. Praying for your family and zay. RIP beautiful.

Officer Breann Leath served with the Indianapolis Metropolitan Police Department for just two years. The Indianapolis Metropolitan Police Department Tweets, “It is with a heavy heart that @IMPD_Chief announces the untimely death of @IMPDEast Officer Breann Leath. Officer Leath was a loving mother. A veteran. Daughter of a public servant family. And the example of what an @IMPDnews officer should be. She [is] sorely missed.”

Officer Breann Leath was a leader in her community. Her life was senselessly taken today and she was only 24 years young. In honor of this lovely lady right here we will be giving 40% off all products for all first responders for the rest of the month. Thank you for all you do! #indianapolis #cbd #cbg #hemp #firstresponders #thankyou