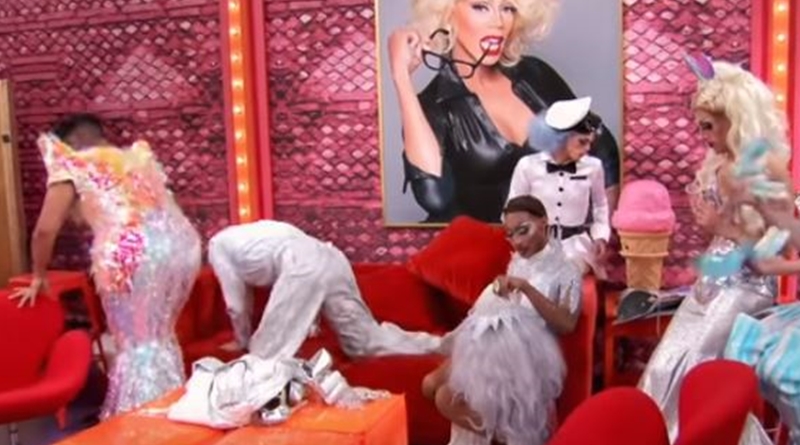 RuPaul’s Drag Race had the cast announced back in January. Fans were rather keen on the new season. After all, the show went offshore for a while but returned to the USA. The drag queens vie for the pot of  $100,000 and the title of ‘America’s Next Drag Superstar.’ But fans grew extremely unhappy with Winnie Harlow who appeared as a guest judge. They felt she made little effort and barely spoke the whole time.

Like previous shows, TV Shows Ace reported that “RuPaul gets “applauded for bringing drag into mainstream culture.”And, RuPaul already put away years of experience “since the early 90s.” By Friday’s episode, one queen went, leaving nine in the contest. The contestants themselves are good and the show’s up to its usual entertainment standard. But, it looks like they made the wrong call bringing in supermodel Winnie Harlow as a guest judge. She appeared alongside Congresswoman Alexandria Ocasio-Cortez, Meaww noted.

Alexandria seemed enthusiastic and put it out there for fans. But when it came to Winnie, her lack of interest became really obvious. She never pitched up to do the contestants’ Untucked interviews, but Alexandria did. And, she barely spoke, even though the queens did a great job as they battled it out doing Madonna: The Unauthorized Rusical. They worked hard and recorded their own vocals as they performed to cover “the different stages in Madonna’s career.” So, Winnie Harlow’s disinterest infuriated RuPaul’s Drag Race fans. They took to Twitter and complained.

During the show, people took to Twitter and commiserated about the lack of interest Winne displayed. It seemed almost as though she never wanted to actually participate in the first place. Fans felt let down both for themselves and for the contestants like Gigi Goode, Jan, Widow Von Du, and Jaida Essence Hall who did a great job. Here’s what some of those RuPaul’s Drag Race fans said about Winnie:

But to be honest at least one critic felt unsurprised at Winnie’s lack of interest.

Winnie is not impressed by some of these dolls mediocrity and I stan her for that. #rpdr #rupaulsdragrace pic.twitter.com/6qYLNEcnIo

Meanwhile, other RuPaul’s Drag Race fans thought Winnie would actually rather be anywhere on the planet but watching the performance. What did you think? Sound off your thoughts in the comments below.