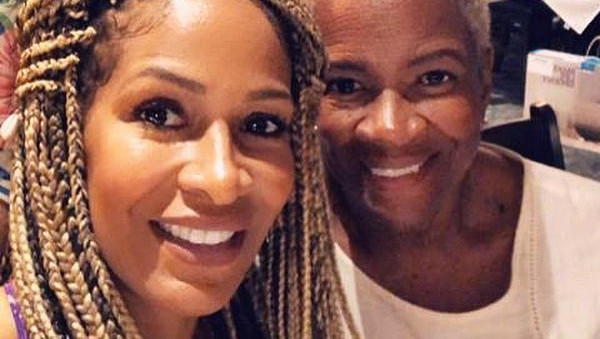 The Real Housewives of Atlanta star Shereé Whitfield has a happy update for her followers concerned about her mom. As TV Shows Ace reported, the reality star went public with her mother’s disappearance earlier this week.

Please keep my mom and my family in your prayers! We all know that prayers can move mountains!!! I was hesitant to post my concerns for my mother's safe return because, although I have been in close contact with the police for the past two weeks, I'm also pretty private when it comes to my family. Also, in the past, my mom has taken personal vacations without letting the family know and we respect that side of her. However, this is the longest she have gone without reaching out to anyone from the family or her friends. Right now we are leaning on God and staying positive and prayerful for her safe return home. HOME is where the HEART is and prayer in numbers work. As we all continue to navigate through these uncertain times, remember the blessings of having each other…. Family is everything! I ask that everyone pray for my mother’s safe return home. And know that our family will be internally grateful. 🙏🏽🙏🏽 **If anyone has any information we ask that you please call Sandy Springs police at 770-551-6923 or email the detective handling the missing persons case at rgehricke@sandyspringsga.gov. 🙏🏾 Thank you!

Shereé’s mom is 72-year-old Thelma Ferguson. According to the RHOA star’s original post, her mom went missing on March 23. Shereé went public with the hopes of locating her mother and it worked.

Many of Shereé’s social media followers shared her post or offered their prayers. It is those prayers that the RHOA alum believe helped.

In an Instagram post late Friday, Shereé shared the good news with her followers. She thanked everyone for their prayers and noted “THEY WORKED.” According to Shereé, her mom is now with family, “safe and healthy.”

The power of prayer is UNdeniable! 🙌🏾

Shereé’s Mom is a “Free Spirit”

The RHOA star notes that her mother “travels often” but usually stays in touch with her family. In her original statement to People, Shereé begged her mom to come home or to contact them to know she’s okay.

Shereé showed genuine concern about her mother, whom she calls a “free spirit.” She cited her mother’s privacy as the reason why she waited to ask for help in locating her mother.

NeNe Leakes Would Bring Shereé Back to RHOA

RHOA’s NeNe Leakes recently had an Instagram Live chat with former co-star Kim Zolciak. The two are on good terms at the moment. During the chat, the topic came up about which former co-star they’d bring back if they could.

Kim immediately named Shereé. She said the OGs “are the best.” NeNe agreed, fondly remembering that they were “different” back then. The Glee actress said that back then, they were just “having a good time” and not being fake, Reality Blurb reports.

Bravo host Andy Cohen also has fond memories of Shereé on RHOA. During a recent episode of Watch What Happens Live, Andy was asked to name the Real Housewives he misses the most. Along with RHONJ’s Caroline Manzo and RHOC’s Lauri Peterson, Andy named Shereé.

Shereé is one of the original stars of The Real Housewives of Atlanta. She appeared on the Bravo show for Seasons 1-4. She returned for a repeat engagement for seasons 8-10.

RHOA just wrapped up Season 12. Due to the coronavirus pandemic, the reunion will be filmed remotely. It will air on Bravo sometime soon. The Real Housewives of New York and The Real Housewives of Beverly Hills both started new seasons this month. RHOA airs Thursdays while RHOBH returns on Wednesday, April 15.