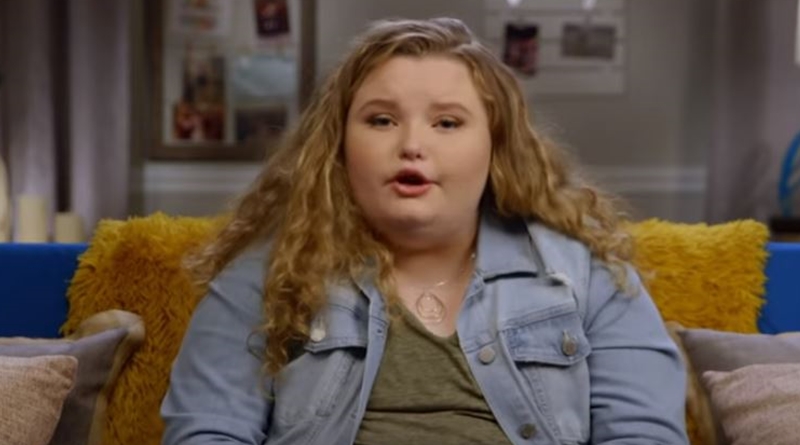 Mama June: From Not To Hot, Family Crisis just premiered, and fans are already fed up with Jennifer. Fans recall that Alana’s dad, Sugar Bear and Jennifer got engaged in October 2016. Later, fans saw the wedding and  Jennifer, walked into the lives of Alana (Honey Boo Boo), and her sister Pumpkin. Fans know that Jennifer’s got a lot to say about the family. In last night’s episode, Pumpkin and Jennifer tussled over how Alana should get raised. And, fans already fed up with her, slammed her on social media.

Mama June: From Not to Hot – Jennifer starts fighting with Pumpkin about Alana

If anything brings June back out of her self-imposed exile from her daughters, Jennifer just might, fans think. It’s a well-known fact that Jennifer seems extremely jealous of June’s historical success. And, she tries competing in every way for those Mama June fans. The two women can’t stand each other, and Jennifer didn’t hold back on her criticism of June. Pumpkin and her fans know June went off the rails, but the young woman tries her best to provide a home for Alana. Plus, she took on enormous responsibilities. However, Jennifer seems determined that Alana should live with her and Sugar Bear.

Actually, cast your mind back to the previous season. TV Shows Ace reported that Jennifer became very involved in Sugar Bear’s decision-making on whether Alana should live with Pumpkin. It seems that now June slid off the rails and abandoned her responsibilities as a mom, that Jennifer almost relishes the whole scenario. Fans think she wants to lose weight, become a star, and a mom to Alana just to spite June. Whatever motivates her, Mama June: From Not To Hot fans grow really fed up with her. As revealed by HollywoodLife, fans saw the custody fight between Jennifer and Pumpkin play out.

Jennifer slammed by fans after a fight with Pumpkin

As the show unfolded, fans took to Twitter and commented about all the scenes they watched. Jennifer came under fire a lot, and not just for trying to parent Alana. One fan said, “Jennifer you will always be in June’s shadow because SHE is the only reason that anyone knows who you are.” Similarly,  another one scathingly reminded her, “jennifer really acts like anyone would know who she was if it wasnt for june….girl.” Actually, after seeing the fight about Alana one fan summed up what a  lot of fans feel. They said, “i really do be hating jennifer so much.”

Mama June: From Not To Hot fans feel that Jennifer’s constant negativity about June could be bad for Alana. One person noted, “Jennifer has the biggest attitude of all. Sort of like pot talking to the kettle when she’s giving [Pumpkin] advice. I mean if Alana lived with SB all she would hear is bad stuff about June.” Possibly, this one summed up everyone’s feelings about Jennifer: “Can someone please drop a house on Jennifer already?”

What did you think about Jennifer fighting with Pumpkin over how Alana should be raised? In fact, do you think she’s better off with Pumpkin? Alternatively, should Jennifer take her in? Sound off your thoughts in the comments below.