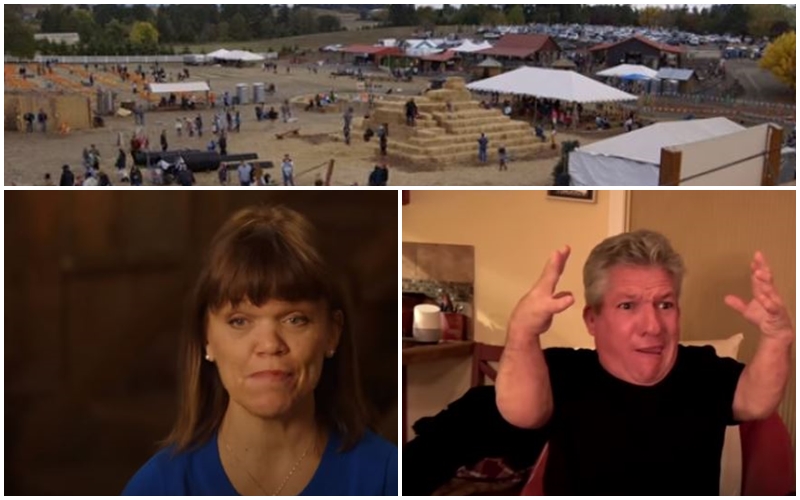 LPBW currently airs on Tuesday nights. In the show, fans saw a lot of old ground covered, especially when the previews came out.  Now, it looks like Amy decided that she won’t just watch her words and agree with Matt to keep the peace. These days if she’s got something to say, she says it, even if it sounds unimportant and petty. Amy told things her own way in her book, A Little Me. Some of what she left out, or her phraseology and tone, hurt Matt. But, she found her voice and isn’t afraid to use it. This Tuesday, she uses that voice.

TV Shows Ace reported that Matt felt Amy’s book basically cherry-picked things. And, he felt that made him look bad. He intimated in the First-Class Fatherhood podcast, that leaving things out didn’t give balance. Actually, he inferred that as he always thought of her as “a pretty genuine person typically.” So, from his perspective, she slanted it unfairly. Nevertheless, the book’s out, and she told the story her way. Maybe she’s learning now, to say what she really feels without fearing repercussions. After all, she’s no longer married to Matt.

Whether fans like it or not, the divorce and the tension between Matt and Amy featured in much of the last few seasons. And, now Little People, Big World revisits the tail end of the dispute over the division of the farm. Recall that last season, the couple split the farm into two properties. Now, fans see them physically erect a barrier between the two. That’s even though Amy’s going off to live in town. Yahoo noted that in a new preview for Tuesday’s episode, fans see an argument. They see “Matt unloading construction materials in preparation for building a “wall” to divide their spaces.” To the LPBW patriarch, it’s more than a fence, it’s actually a “symbol.”

The argument about what to call a road

Fans grow increasingly irritated with Matt and Amy bickering on the show. However, it’s interesting that Amy now feels able to express her opinion. Even the name of a road that borders the fence results in an argument. Unfortunately, fans will witness this tiny piece of discord. Actually,  it only adds to the general feeling that they probably were wrong for each other all along. After all, some fans might feel life’s bigger than the name of a track. Yahoo notes that the preview reveals an argument erupts over the name of the road between the properties. Should it be officially called a “flag lot” or a “neck?”‘ But in a confessional, Amy’s proud she didn’t just roll over and let Matt call the road what he wanted.

little people big world going from being a show about a lovely family who had a pirate ship, western ghost town, trebuchet, pumpkin patch truly IDYLLIC life, to now being a bunch of people who don’t speak is truly heartbreaking!!

Amy said, “I’m learning how to find my voice again.” The LPBW mom added, “That was just a moment of exerting my thoughts and opinions.” Amy said she speaks up “instead of letting it go, instead of saying, ‘Yeah whatever. Yep you’re right.'” However, many fans, on social media expressed their thoughts on the Little People, Big World show. Actually, Matt supporters feel Amy always “exercised” her right to have her say. Nevertheless, Amy seems thrilled that she found her own voice.

What do you think about Amy no longer worrying about how Matt feels? It looks like she won’t keeping quiet just to keep the peace. Sound off your thoughts in the comments below.