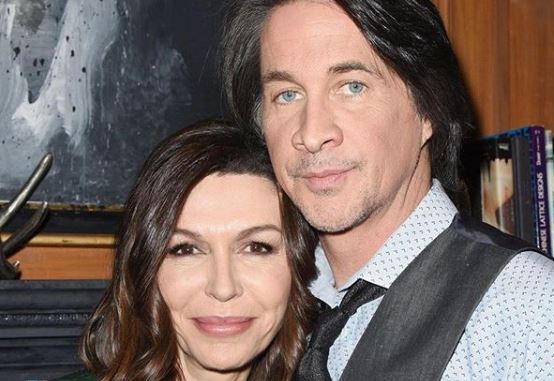 Shocking news came out tonight for fans of General Hospital. Nathan Varni is no longer the executive director of the show. This can change a lot of things in the future. He went to his Twitter to share the news about what is going on. He has actually covered over 2,000 episodes of the show.

Nathan Varni has been with General Hospital for seven years now, but he is moving on. That doesn’t mean he is leaving ABC, though. He will still be working on other shows with the network. You can see below exactly what he had to say.

The fans are asking him who will take over, but that hasn’t been shared just yet. Hopefully, there will be a big announcement soon sharing who will take Nathan Varni’s place. One show that he works on Grey’s Anatomy just had its season finale. It will also be interesting to hear what new show he will be working on.

Everyone would love to hear more details about what made this change happen. For now, there will just have to be speculation.

On Nathan’s Facebook page, he made a very similar post to Twitter. The fans are speaking out about how great he has done and that they will miss him. Here are what a few of them had to say.

Liz Morgan Mullins – awwwwww. You did an amazing job! Thanks for your great work!!!

Lucia Giovanniello – Best of luck on your new adventures. I’m sure you will continue to be great at what you do.

Erica Oatman Duffy-  I look forward to following your career overseeing the other shows. Thank you for your contributions to the soap genre.

What is going on with General Hospital now?

With coronavirus, this show is unable to film new episodes right now. Lucky for fans of the soap opera, they already had some filmed, just not as many as Days Of Our Lives who films six months in advance. At this time, GH is only showing four new episodes a week. That will make what they have left last a bit longer.

Not long ago, Nathan made fans feel better about the rumors that the show would be canceled by sharing that this wasn’t true at all. He shut down the rumor and even deleted the post. Hopefully, Nathan leaving the show doesn’t mean that has changed.

Do not miss new episodes of General Hospital on weekdays on ABC.