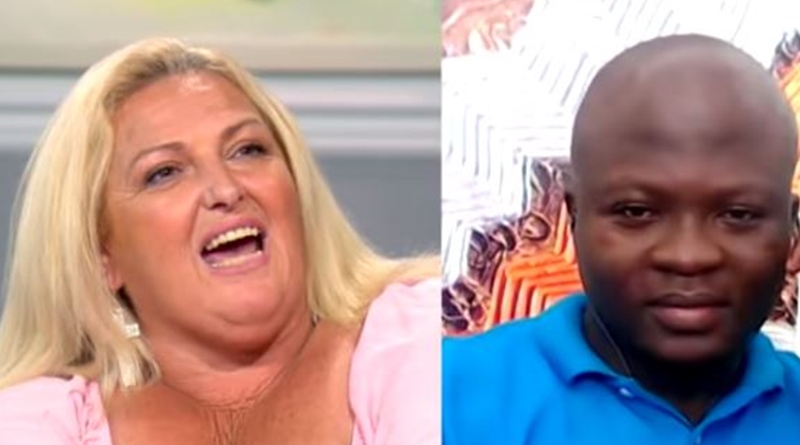 90 Day Fiance fans love to hate Anglea Deem. In fact, many of them prefer Michael. And, while they say Angela disgusts them, critics, along with fans, wait eagerly for more drama from Angela at the Tell-Alls. And, a small poll done on an Instagram page revealed that slightly more fans would love to watch a special featuring the couple.

TV Shows Ace reminded readers about the drama that fans watch when Angela Deem pitches up at the Tel-All. And, in her case, she did a number of them in the past. In the last Tell All for Season 7 of the show, many fans who felt upset about the way she treated Avery’s mom grew a bit more interested as the season fell so flat. Declared the most boring season ever by grump fans, the sight of her telling people to “kiss” her behind at least brought something more interesting than Tania’s eternal “soulmate” discussion.

Angela spiced up the Tell-All by threatening another walkout. Fans might recall that from the first reunion, they saw of Angela in steam-roller mode. Recall she went “head-to-head with Rachel Bear.” It came after Rachel criticized another couple. Finger flashing led to an impressive verbal fight. Fans also saw Angela yelling at Michael for calling her his  “elder” and walking off the set. While some fans compare her to Lisa Hamme in the current 90 Day Fiance: Before The 90 Days, she’s actually quite a different personality. And, many fans wouldn’t mind seeing her back.

A poll on a special – 52% of fans would welcome a new show for Michael, Angela

Over on the @90dayfianceupdate Instagram fansite, the admin asked who would enjoy seeing them in their own special. The figures might change in time, but of the first 82 responders, 52% of them said they’d like to see her back. Then, about 48% returned an emphatic “nope.” While 4% isn’t much difference, those fans who enjoy Angela’s antics seemed enthusiastic. And, as one person noted, “Well we don’t have Momma June anymore, why not?”

Most people who don’t wish to see Angela and Michael back didn’t elaborate on why. But, it seems they hate that she sometimes acts like trailer trash. Meanwhile, those who want her back, love the drama. And bear in mind, she’s become familiar. People like familiarity, whether it’s good or bad. Actually, that could explain the popularity of the “egg-toting” bags amongst 90 Day fiance aficionados. TLC gave The Family Chantel a special even though many people just hated the entire family. While not as popular as the main show, plenty of people put their hands up for the train-wreck. In fact, The Cinemaholic reminds fans that ratings held up okay.

Fans comment on why they want Angela and Micheal

Possibly spurred on by the fact that the upcoming special, Self Quarantined shows Angela and Michael got left off the list of cast, some fans fear they maybe saw the last of the couple. As one person noted, “I’d hope so as they won’t be on the new Self Quarantined..it won’t be the same without Angela drama.” Another person in favor of the special for the mismatched couple said, “yes! I love she is a strong woman and stands up for herself and what she believes in!”

Would you watch a @deemangela spin off ???

What do you think about the small poll that showed more people want Angela Deem and Michael in their own special? Do you hate or love the idea? Tell us why in the comments below.