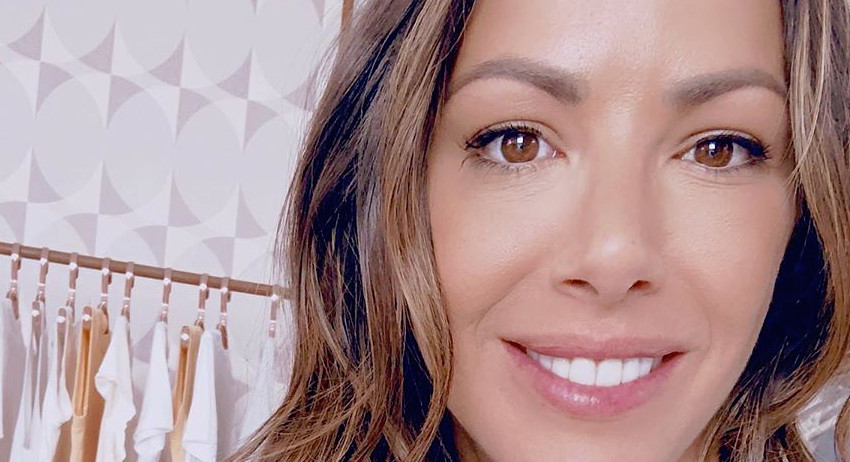 Vanderpump Rules star Kristen Doute is tired of her co-stars ganging up on her. Kristen is feuding with former best friends Katie Maloney and Stassi Schroeder this season on VPR.

Even though the episodes currently airing were filmed last summer, Kristen seems to be having a hard time getting over it.

On April 9, Kristen took to Instagram Stories to share her thoughts about her VPR co-stars. Kristen begins the post with positive affirmations about everyone having the right to “be themselves.”

The james mae designer goes on to say someone’s “style” and “quirks” are whatever is cute to them. However, things take a drastic turn in the next paragraph.

Kristen writes what she thinks is “NOT cute.” The VPR star says “being in your 30’s and still being a mean girl” is not cute. Nor is being an “a–hole” at that age.

It’s not clear which of her co-stars she is talking about. She is definitely shading them, though. The post ends with #PumpRules.

Kristen is on the Outs with Katie and Stassi

The once self-dubbed ‘Witches of WeHo’ hit a bump in their friendship during Season 8 of VPR. That bump’s name is Brian Carter, Kristen’s on/off boyfriend. Stassi and Katie are upset that Kristen complains to them about her ex but still lives with him and has intimate relations with him.

Kristen and Carter have broken up for real since filming. But the damage to her friendship with Katie and Stassi is still there. TV Shows Ace reported last month that Kristen isn’t getting an invite to Stassi’s October wedding.

In the most recent episode of VPR, Kristen was left out of Katie and Tom Schwartz’s second wedding. (He forgot to file paperwork after the first wedding. Kristen was a bridesmaid for that ceremony.)

Katie also shunned Kristen by inviting the ladies of VPR to her house for wine night. Kristen wasn’t invited, but Raquel Leviss, whom Katie feuded with last season, was invited.

Kristen has moved on from Carter. TV Shows Ace reports that Kristen has a new man in her life. The VPR star also purchased her own home earlier this year. Reality Blurb has screengrabs of the before and after pictures of the home’s remodeled foyer.

The He’s Making You Crazy author shared a tour of her home with her Instagram followers. The footage’s credit goes to Open House TV. In the post’s caption, Kristen welcomes everyone to her “crazy, boho chic home.”

While Carter is nowhere in sight, Kristen shares her home with two small dogs.

Tell us in the comments what you think of Kristen’s new home. Do you think Stassi and Katie are acting like mean girls?

Vanderpump Rules airs Tuesdays on Bravo. Kristen’s book, He’s Making You Crazy is out on June 2, 2020.