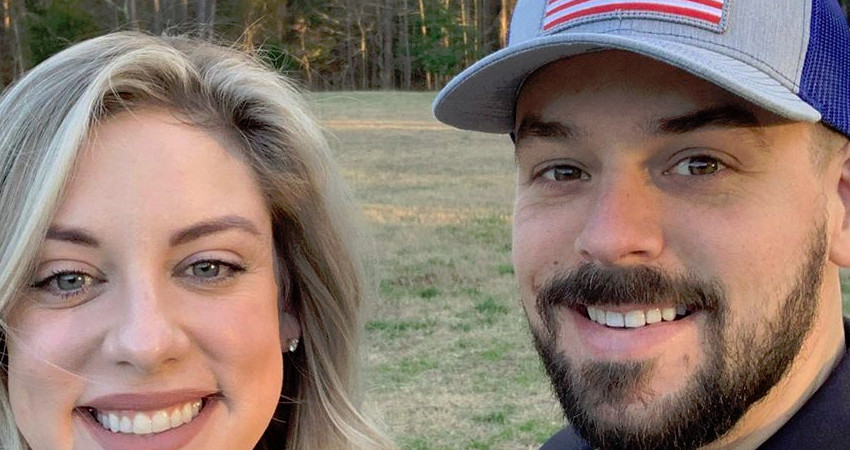 The Real Housewives of Orange County star Vicki Gunvalson is having quite a year. It’s only April and she’s had a number of ups and downs. In January, she announced her departure from RHOC after 14 seasons.

Earlier this month, her daughter, Briana Culberson, had a coronavirus scare. Luckily, the ER charge nurse’s test results came back negative. But it seems they were positive for something else: another baby!

Briana doesn’t have social media, but her husband, Ryan Culberson, keeps fans up-to-date on the lives of one of their favorites from RHOC. Longtime fans remember Briana from the early seasons of the Bravo show.

Ryan and Vicki both shared a photo of different sized safety pins in the baby announcement. Two small safety pins are placed next to two large ones. Another small safety pin is nestled inside one of the larger ones, indicating a baby.

However, the captions were different. Vicki wrote that she was “excited” to announce baby number three for Briana. She offered congratulations to her daughter and son-in-law.

Couldn’t be more excited to announce #3 is on its way. Congratulations Briana and Ryan. #pregnant #baby#3 #prayforhealthybaby

Ryan references the coronavirus pandemic in his caption. He wrote, “With all the bad news going on in the world hopefully this brings a smile to your face (even if it’s behind a mask).”

The couple have been married since 2011 when they eloped. They have two young sons, Owen and Troy, People reports.

Ryan Posts a Baby FAQ in the Comments

One of the pitfalls of posting on social media is the comments. Hundreds and thousands of repetitive comments asking the same questions. Ryan got ahead of that by posting some answers to questions he expected to get from fans.

The first question he anticipated included if the couple wanted a boy or a girl. He gave the standard “as long as the baby is healthy” response. Ryan wrote that the baby was not conceived during the current quarantine. Nor will they name the new baby anything “corona” related.

Ryan and Briana have both been on the keto diet for a while now. It helped them lose a combined 85-pounds, TV Shows Ace reported. Briana will continue the keto-lifestyle, Ryan confirmed in the comments.

RHOC’s Briana Had a Coronavirus Scare

Late last month Ryan took to Instagram to share a scary text his wife sent him. Briana was showing symptoms of the coronavirus and had to be tested. After leaving work to self-quarantine, her test results eventually came back negative.

Both RHOC stars Vicki and Briana celebrated their respective birthdays in quarantine. Vicki lives in California while Briana lives in North Carolina with her husband and two sons. It was hard for Vicki to be away from her daughter, TV Shows Ace reported.

Especially after Vicki postponed her April wedding due to the coronavirus outbreak. However, Briana’s happy news is sure to make Vicki and RHOC fans smile.

The Real Housewives of Orange County’s Season 15 is on hold until the pandemic is over. Check back with TV Shows Ace for updates on when your favorite shows will return to television.