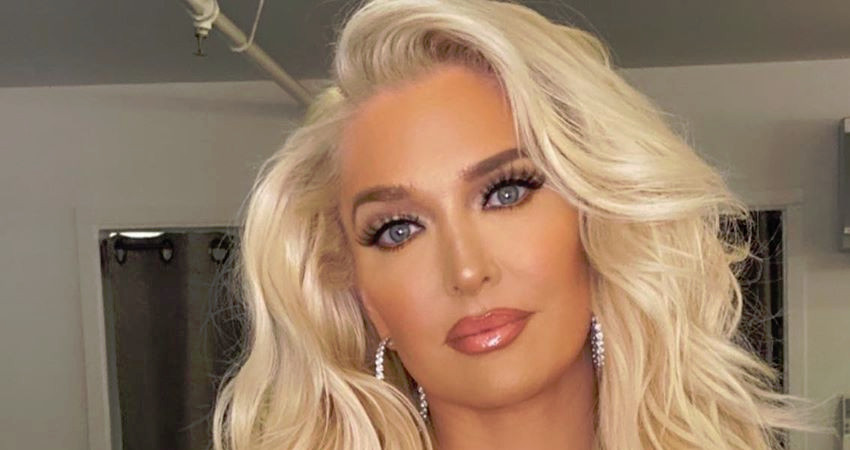 The Real Housewives of Beverly Hills star Erika Jayne gives fans insight to the upcoming Season 10 of the Bravo reality show. She reveals some surprising information about the feud between Brandi Glanville and Denise Richards.

Erika Jayne video-called into Entertainment Tonight on April 8 to tease the new season of RHOBH. The topic of an affair between Brandi and Denise came up. The Broadway star seems to confirm Brandi’s tweet about having proof, or “receipts,” about the situation.

Erika says that fans will see both sides of the story, Reality Blurb reports. However, she says,

“Brandi’s part of the story is backed up by receipts.”

Despite the tense season, Erika says no one “dislikes” Denise. In fact, she says they all had a lot of fun together before the alleged affair came out toward the end of filming. According to Erika, Denise has “gotten herself into a strange place.”

The Season is a “Slow Burn”

While speaking to ET, Erika said Season 10 of RHOBH is a “great season.” However, fans shouldn’t expect to see the Denise/Brandi drama right off the bat. According to Erika, the drama happens later in the season, resulting in the drama heating up in a “slow burn.”

Before the drama turns to Denise and Brandi, Erika says the cast had “a lot of fun,” but also “some quarrels leading up to it.” The RHOBH star can look back now and see the “hints” that were dropped.

In fact, Erika now understands why some of her costars were “reacting to some things” earlier in the season. While she says no one in the cast knew about the alleged affair ahead of time, things make sense in a way now that they didn’t at the time.

As TV Show Ace reported last month, Denise sent Brandi a cease and desist letter. Erika reveals that the Wild Things actress also sent one to NBCU, the parent company of Bravo. Erika thought that was a “stupid” move. She wishes Denise had called her first. Erika would have told her co-star to “save your money.”

According to Erika, the possibility of friendship between Denise and her RHOBH co-stars isn’t lost in the drama. She says that everyone in the cast has had to “repair and go on” after fighting with the other ladies.

Erika thinks it’s up to Denise “whether she wants to be part of the group or not.” She is likely referring to Denise’s refusal to film with the cast and rumors that she’s quit RHOBH. Watch the full interview below.

The Real Housewives of Beverly Hills Season 10 kicks off Wednesday, April 15. Tell us in the comments if you’re planning to watch the new season without Lisa Vanderpump.