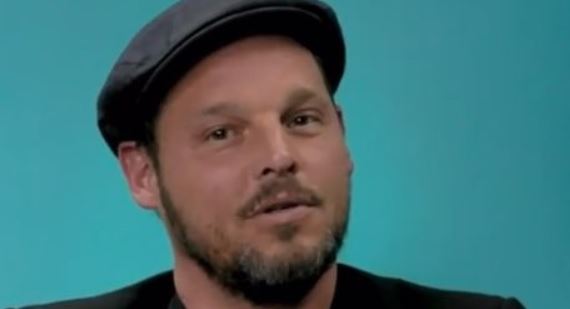 Justin Chambers had already exited the show earlier in the year. Therefore, any decision made to explain his exit would’ve all been off camera.

she amazes me through everything and the family she gave me. don’t worry sof, your post is next. #openrp #greysabc #alexkarev #jowilson #greysanatomy

Grey’s Anatomy Made the Right Decision

Vernoff said in a recent interview, “at the end of the day, there were three choices.” She continues, saying, “Kill Alex off camera; have Alex be alive and in Seattle — and still married to Jo — and we never see him; or [reunite him] with Izzie.”

Vernoff said, “killing Alex would’ve put two of the main characters, Meredith and Jo through gut-wrenching ongoing grief”. She felt that would’ve been cruel to everyone especially to them. Meredith and Jo have already been through so much already with their characters on Grey’s Anatomy. They couldn’t add more to it.

Upset fans of the show wanted them to go with the scenario of leaving Alex Karev alive and married to Jo. Vernoff worried if they did that, it “would absolutely eliminate [the chance for her to play] so many colors that she is so good at playing.” Therefore, she said there was not “even a debate in the writers’ room.” She was sure fans would be equally upset if she had killed Alex Karev off camera. They ended Alex Karev’s story by having him reunite with Izzie.

Justin Chambers is Welcome to Come Back to Grey’s Anatomy

In January, Justin Chambers told his fans, “There’s no good time to say goodbye to a show and character that’s defined so much of my life for the past 15 years.”

He explains, “For some time now, however, I have hoped to diversify my acting roles and career choices. As I turn 50 and am blessed with my remarkable, supportive wife and five wonderful children, now is that time.”

He could be looking at doing some directing or a project that puts him behind the camera. Justin was on Grey’s Anatomy so long it seems he would also want to spend quality time with his family. According to a source to US Weekly, series creator Shonda Rhimes  “is leaving the door open for a return, in any capacity, if [Chambers] wants to come back.”

You can watch Grey’s Anatomy on Thursdays at 9 p.m. ET on ABC.

‘Extreme Sisters’ Brooke Johnston Threatens Fans After Her Husband
This Is Why Tayshia Adams & Zac Clark Stopped Sharing Photos Together
‘The Bold and the Beautiful’ Spoilers, June 21-25: Thomas Gets The Shock of His Life
‘DDWTD’ Fans Feel Comforted As Karen Derrico Reaches Out
‘LPBW’ Tori Roloff Melts As Jackson Takes Lilah On Four Wheeling Mission