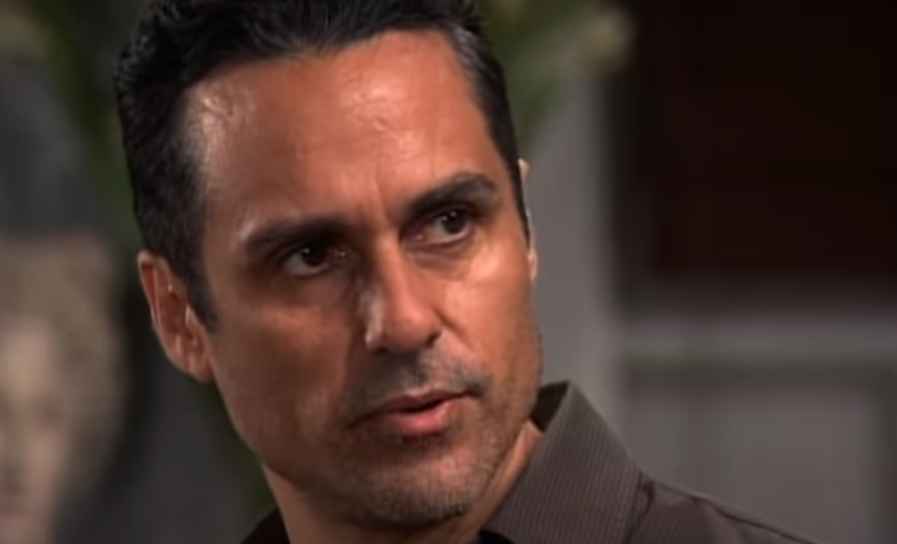 Maurice Benard, the actor who plays Sonny Corinthos, on General Hospital admits to suffering mental illness while releasing his memoir, Nothing General About It.

When ABC soap star Maurice Benard first starts acting, he is warned by his acting coach not to mention he is bipolar or mentally ill. The coach says if he is honest about it, he won’t get the job.

Maurice Benard lands first soap role in All My Children

Maurice Benard gets his first role as Nico Kelly on All My Children in 1987. There was something the producers and fellow cast members didn’t know at that time. Benard has already suffered two mental breakdowns at that time. However, not only has Maurice hidden his bipolar diagnosis from the cast and crew. He is also hiding this from his closest friends and family.

People speaks to Benard, 57, in an exclusive interview about his memoir, Nothing General About It. It is at this time Maurice opens up about his acting coach telling him not to mention his mental illness. If he had, he says he would not have got the part.

Night time reading @MauriceBenard thank you for your courage and strength getting the message out with Nothing General About it #book #stateofmind #Mentalhealth #GH pic.twitter.com/5bYpPJfCvk

Benard writes about this in his memoir, describing his experience as being on “the high end of the bipolar disorder spectrum.” Maurice struggles with anxiety, suicidal thoughts, depression, manic outbursts, violence and hospitalization. While this is hidden during his successful working life, he is now prepared to open up and tell his story.

Maurice admits he is leaving himself vulnerable in his book. He says this is especially so when recording the audiobook version. He says, “Oh man, I would cry like a baby and then pull myself together and keep going.”

In the memoir, the actor speaks of a lifetime of performing for an audience. As a boy, he sings for his parents’ friends at their parties and loves the attention he receives. This leads Benard to become obsessed with perfecting his performance to get the best applause.

However, in the meantime, Maurice suffers manic episodes, including one at the age of 21. He says he becomes so violent, his parents had to call the police. Benard is then admitted to a mental hospital.

At the age of 22, he is diagnosed with bipolar disorder. The young Maurice is prescribed lithium, which he says is a “heavy-duty drug.” However, it evens out the chemical imbalance in his brain. In his memoir, he describes lithium as being a “miracle drug,” as it allows him to function normally.

After starring in All My Children, Maurice goes on to star in several television movies. He eventually ends up on the cast of General Hospital. Benard has played the role of popular tough guy Sonny Corinthos on GH for 26 years.

Maurice does admit to taking himself off his meds twice because at the time he was “feeling great.” He says his head told him he didn’t need to take any medication, as he wasn’t sick. However, things would change in 1993, when he is married to Paula. In his first week of working on the set of General Hospital. he has his third, most violent mental breakdown.

In the book, Benard writes of the experience in detail. He says two weeks into filming, he starts hearing voices. By the end of the second week, he is totally delusional. While in his role on General Hospital he is a method actor, everyone believes he is merely very much into his role. However, at home, he also acts like his GH character, saying he was being tough, mean and lethal towards his wife.

After his voices tell him he should confess to Paula, he writes in the memoir that he told his wife about the strip clubs he had been to and the other women in this life. While he speaks to her, he says he is “twitching and crying.”

While Paula is angry with him, she is also in tears as she is so frightened. Maurice grabs a bottle of wine and downs it, before throwing it at Paula. He then holds her toy poodle over his head, threatening to kill the little dog. Benard also threatens to kill his wife, while she tries her best to talk him down.

When he eventually falls asleep, his wife calls his psychiatrist, Dr. Noonan, who writes him a prescription for a tranquilizer. After Paula goes to the drugstore to pick it up, she returns home to her husband, standing with a broken bottle in hand.

Maurice goes back to his meds

After this breakdown, Benard returns to his meds and goes public about his mental illness in 2000. He also starts working with the Depression and Bipolar Support Alliance, as well as the National Alliance on Mental Illness.

Look what came today Mo!!! Quarantine life isn’t so bad when you got this book in the mail….#NothingGeneralAboutIt @MauriceBenard pic.twitter.com/YHFfh5qhmj

Benard finds that when he speaks out about his bipolar diagnosis, people often tell him they feel like they are not alone. The General Hospital actor has now been taking lithium for 27 years non-stop and feels he has done things right.

Read more about Maurice Benard’s story and his memoir in the full interview in Friday’s issue of People. Watch Maurice in General Hospital weekdays on the ABC Network.