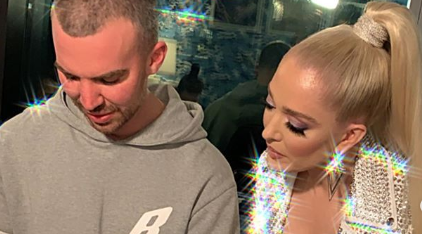 Erika Jayne has been making the rounds at interviews for the new season of RHOBH. She’s promoting it and said the new season is going to have a big effect on personal lives. The reality star didn’t mind shading Lisa Vanderpump when asked about her. It seems the beginning of the new season might be all about taking digs at the SUR owner who is currently dealing with having to close all her restaurants.

Jayne told the interviewer, “I’ll tell you this, she wasn’t missed during filming. There wasn’t a time where we turned and looked at each other and said, ‘You know what? You know who we’re really missing?’ You know, there wasn’t that. Everybody’s replaceable and interchangeable at the end of the day.”

Erika Jayne Is A Huge Part Of The First Episode

The description of the first episode says, “Kyle’s new clothing line brings the women together for New York Fashion Week. Erika Jayne takes Lisa Rinna, Teddi, and Denise on a trip down memory lane. Denise introduces the group to her friend, Garcelle Beauvais.” The episode is also titled, “The Crown Isn’t So Heavy.” This feels shady because it is close to one of Lisa Vanderpump’s taglines, “the crown is heavy darling, so just leave it where it belongs.”

According to The Cheat Sheet, Erika’s new tagline is, “break a leg? Not in these heels honey.” It is a nod to her Broadway career. She still isn’t afraid to say exactly what is on her mind.

Jayne Talked About Some Season 10 Drama

Erika Jayne weighed in on some of the drama. Rumors had swirled about Denise Richards and her husband because they were at the center of a lot of RHOBH drama this season. She said, “I mean, I would prefer it if husbands stayed out of the women’s drama, I really do. I think every woman is smart enough, bright enough and intelligent enough to work out her own things within the group.”

She said it makes things worse according to Reality Tea. Erika also said what she thought of the cease and desist letter, teased in the new trailer teased from Denise Richards. She said, “sending a cease and desist to [the network and your co-stars], that’s like trying to break the house in Vegas. The house always wins. Don’t be stupid. Save your money.” Fans can’t wait for the housewives to be back in their living rooms not that the taglines are out.

Don’t miss The Real Housewives of Beverly Hills when it returns to Bravo.