Counting On stars Jinger Duggar and Jeremy Vuolo married in 2016. They have become the fan-favorites because they broke away from the Duggar family. The couple has been enjoying their new lifestyle in Los Angeles, California. While most fans love the adorable photo that Jinger has posted, some noticed that she doesn’t seem to be herself anymore.

In Touch Weekly reported that Jinger Duggar took to her Instagram Story to share a throwback photo of her and now-husband Jeremy Vuolo on Thursday, April 9. She included the hashtag #firstpicturetogether.” In the photo, the couple smiles brightly as they pose with friends.

Jinger wore her signature long hair and curls, while Jeremy had a shaved hairstyle. The couple met in 2015 through Jinger’s sister Jessa and brother-in-law Ben Seewald. Jeremy and Jinger established a connection while on a mission trip together. 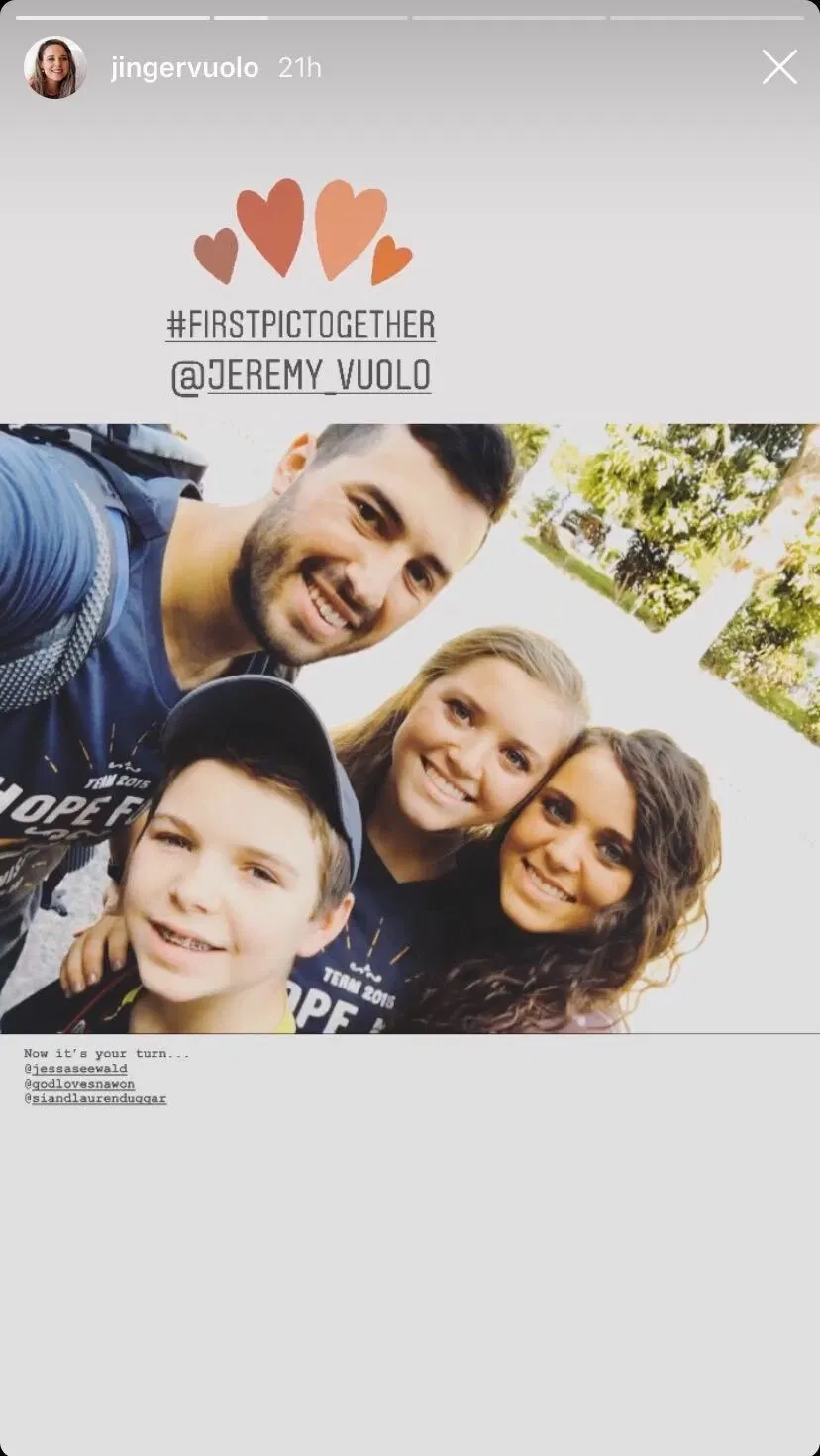 She felt that the former soccer player was the one. Jeremy also knew that Jinger was the one even though he was scared to be part of a reality TV family. He was glad to hear that her heart was “not being driven by the red carpet.” After their November 2016 wedding, the couple welcomed their daughter, Felicity, two years later in July 2018.

Every time Jinger posts a new photo on Instagram, fans speculate over her appearance. Fans even asked Jinger if she was pregnant after she posted the following video with the hashtag “#healthyfitpregnancy.” She later edited the caption and removed the hashtag.

The Joining in on @swan4kids_pa challenge to play “He’s got the whole world in His hands.” . I’m challenging @janamduggar & @chad_erinpaine to do the same! 🤗 . Would love for you all to join in as well! • Post a video of yourself singing or playing and tag @swan4kids_pa • challenge two others to do the same #wholeworldsings #music4kids# #musicchallenge #swan4kids

But fans who closely follow the couple feel that Jinger isn’t as happy since getting married. As per Showbiz Cheat Sheet, one fan asked if she has “lost all her spark.” The conversation took place in a Reddit thread about Jinger. Other fans noticed she’s become “basic” and “meek” since getting married.

“I wonder if after her infatuation faded, Jinger eventually began to suspect Jeremy married her for fame and to further his career,” one fan wrote.

Another fan said that it’s possible that Jinger realized that her “education” and “upbringing” made her sheltered. Other fans don’t like the way that Jeremy talks to his wife. He often praises Jinger for preparing meals for him and taking care of him. Counting On fans don’t like that he treats her like the “hired help” rather than his wife.

As the "Safer At Home Order" hits Los Angeles and we're all essentially on lockdown, we're keeping ourselves busy around the house. . We’ve been enjoying some much-needed spring cleaning, finding new recipes online to whip up, and running around the house and backyard chasing Felicity. Like everyone else, we’ve never experienced anything like this before. But it helps us realize how grateful we are for the gifts God has given us, especially our relationship with him and with each other. . In these difficult days, be sure to text a friend, video chat with family, and let them know you’re grateful for and love them. Stay safe, stay strong 🙏

There are also other fans who feel that Jeremy has an ego, which could have affected their marriage. Keep in mind this is all speculation. There is no reason to think that Jinger is unhappy in her marriage. She’s always posting loving messages about Jeremy on social media.

What are your thoughts? Do you feel that Jinger Duggar lost her spark since marrying Jeremy Vuolo? Sound off below in the comments section.

Check back with TV Shows Ace for the latest on the cast of Counting On.

Separation Over, Isabel & Jacob Roloff Back Together
Mama June Shannon’s Ex Geno Doak Back In Rehab
Scott Disick Is No Longer Keeping Up With Any Of The Kardashians
‘LPBW’: Jeremy & Audrey Roloff Have Low-Key Wedding Anniversary – Is Their Marriage Okay?
Duggar Fans Freak Out Over Jill Dillard’s Latest Video, And Here’s Why