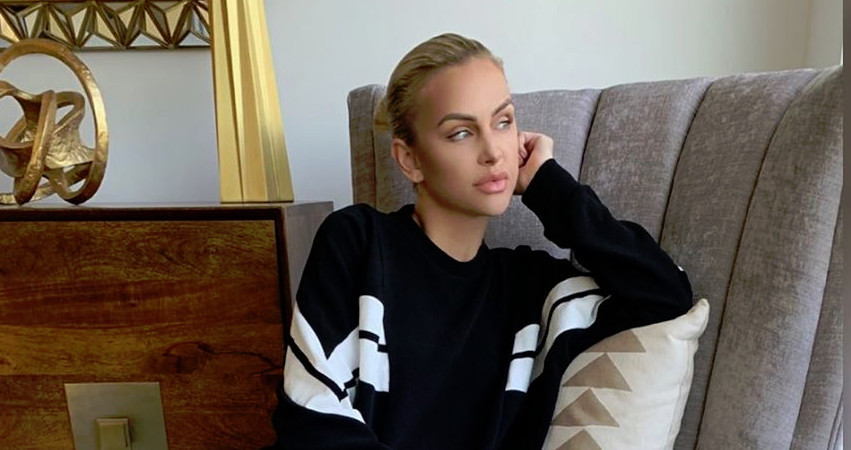 People who don’t watch reality shows were confused how a D-list celebrity could get prime seating near an A-list actress. The answer: Lala’s fiance is Randall Emmett, a film producer.

The Vanderpump Rules star accompanied Randall to press events such as the SAG awards and the Golden Globes. Lala even attended the Oscars. Her VPR co-stars got an invite to a pre-Oscar party attended by famed director Martin Scorsese, who worked on The Irishman with Randall.

Lala posed with the director during the event.

During the Golden Globe awards, Randall introduced Lala to actor Brad Pitt. He was gracious enough to take a photo op with the VPR star.

Well, we didn’t win but amazing to be nominated! Also #bradpitt told me he loved @theirishmanfilm and saw it 3 Times. Amazing night every which way!! @aldenlola @martinscorsese_ @goldenglobes #2020

However, one A-list celebrity rebuffed Lala’s attempt at getting a photo taken.

During an appearance on Watch What Happens Live earlier this week, host Andy Cohen asked about that moment. He asked Lala if she was “freaking out” being so close to the Oscar-winning actress.

Lala seemed hesitant to answer at first. Before answering Andy’s question, she said to Randall, “I won’t do it to you.” She then proceeded to tell Andy that yes, she was freaking out.

However, Andy and VPR’s Lisa Vanderpump, who was also on the show, needed more information. Lisa asked Lala to clarify her aside to Randall. The movie producer gave Lala the okay to spill the story. According to the VPR star, Randall asked Meryl for a photo and the actress seemed to agree. She said, “I’ll be right back.” However, Lala knows that game well. She uses it herself when she isn’t interested in taking a picture.

Needless to say, Meryl never did come back for that photo. And Randall called her out for it on WWHL. He said,

“Lala’s being very nice. Meryl… it was a straight diss. I was like, I’m a huge fan, I’m a producer of The Irishman… she was like, ‘I have to go see a friend, I’ll be right back.’ Right to De Niro, blew me off.”

So, Lala never did get that photo op with Meryl Streep, Bravo TV reports.

Tell us in the comments if you think Meryl shaded Lala on purpose.

Vanderpump Rules airs Tuesdays on Bravo. After years of not letting the cast so much as mention his name, Randall joined the show for Season 8. Lala and Randall’s wedding was postponed from April to July due to the coronavirus outbreak.

They are currently in self-isolation in his mansion. TV Shows Ace reports that Lala has picked up a new hobby to keep busy. The couple did a relationship quiz on WWHL to see how well they know each other. Watch the clip below.