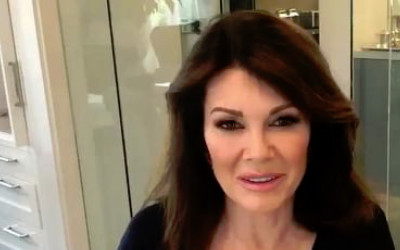 Vanderpump Rules star Lisa Vanderpump is taking another foray into acting. The reality star will guest star on an upcoming episode of one of ABC’s highest-rated comedies. Lisa appeared in several music videos for the band ABC in the 1980s.

Variety reports that Lisa will play herself on the ABC comedy. The premise of American Housewife is that an ordinary wife, Katie, played by Katy Mixon, tries to fit in with her new neighborhood’s snooty housewives.

When the family takes a vacation to California, they encounter the VPR and former RHOBH star. Lisa will be playing herself in the episode.

The show premiered back in 2016. The show is just about done with Season 4. The season finale will air on May 20. However, Lisa Vanderpump’s appearance is on the May 6 episode.

Not Lisa’s First Turn on ABC

The VPR star appeared as a contestant on ABC’s Dancing With The Stars. During Season 16, she was paired with professional dancer Gleb Savchenko. The SUR owner lasted four weeks on the show, though she was the 2nd elimination. On week two, Olympic gold medalist Dorothy Hamill was forced to withdraw due to injury, meaning no one was eliminated that week.

Lisa almost had to withdraw herself after fainting during rehearsal before the fourth episode. However, she recovered enough to complete the dance, only to be eliminated later that night. Her RHOBH co-stars questioned whether she faked the fainting spell for sympathy. American Idol alum Kellie Pickler went on to win the season.

Earlier this week, Lisa put her acting talent to use in an Instagram video. The slow-motion video appeared to show Lisa pleasuring herself, People reports. However, as the camera speeds up and pulls back, it reveals what Lisa is actually doing.

With spas closed across the country due to the coronavirus outbreak, Lisa has taken her self-care into her own hands. Literally. She’s simply giving herself a pedicure.

Taking care of myself …

Fans loved the video. One fan wrote the sentiment shared by many: Lisa is a queen.

Tell us in the comment if you’ll watch Lisa’s appearance on American Housewife.

ABC has yet to announce when Dancing With The Stars will return. TV Shows Ace reported that fans may be in for some long-due changes to the format of the hit show.