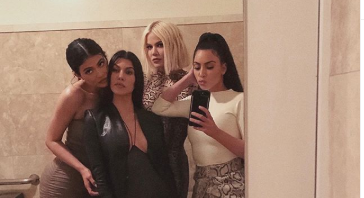 Keeping Up With the Kardashians has shut down production due to the ongoing crisis. Some fans are not happy with the way the cast has handled decision making for the whole pandemic.

While Kim Kardashian went on The Tonight Show to talk about what it’s like quarantining with her family, others dragged them on Twitter. With the whole world practicing social-distancing some fans thought they should have let their employees and film crew go home sooner.

Why Are Fans Of The Kardashians Angry With Them?

The Kardashians are catching heat even though production wrapped up and ended filming. They agree they shouldn’t be filming, but they’re mad at how long they waited according to The Cheat Sheet. One fan said, “disappointed but not surprised they chose to isolate while their companies and employees were kept working until this week. Hypocrites.”

Fans are also concerned because there hasn’t been talk of compensating their employees while the show isn’t being filmed. Other fans seemed angry with the older sisters especially for not acting their age. They said they shouldn’t have waited so long to make the choice to delay production.

What Else Did She Say About Quarantine?

During the interview, Jimmy Fallon asked her where she was. She said Kylie did her hair and makeup and she was in her mom’s glam room. That was the first time she’d seen Kylie because they were social distancing. She said she snuck out because she had to get away from her kids. Kim said they’ve done everything from edible slime to school lessons. She also said there were forts all through the house because her kids love them so much. It sounds like Kim and the kids are staying busy.

Kim also talked about how she loved Tiger King and Love is Blind.

Her own show’s season mostly completed filming before they had to shut it down. Kim said they had filmed all of the season except for the last episode before they went into quarantine.

How Is The Rest Of The Season Going To Move Forward?

As far as how the end of Season 18 is going to go, Kim Kardashian told Jimmy Fallon, they would film the last episode on their own. That means iPhones and tripods should make for an interesting and shaky last episode.

Fans of Keeping Up With the Kardashians really hope they will do more to take care of their workers, especially those who are most effected by the shutdown.

Wait, Did COVID-19 Cost Kendall Jenner $1.8 Million?!
Courtney Waldrop Says Rawlings Is Left Out Of Latest Family Function See Why
Vernon Davis Discusses Biggest Hurdles On ‘Dancing With The Stars’
OMG!! Did Meri Brown Admit Her Husband Kody ABUSED Her?!
‘Yellowstone’ Prequel ‘1883’ With Tim McGraw, Sam Elliott and Faith Hill Will Be Amazing, What We Know