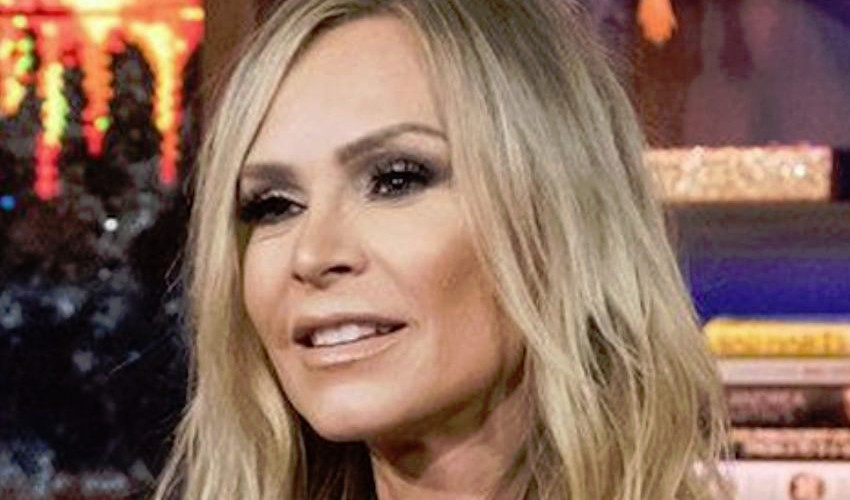 The Real Housewives of Orange County star Tamra Judge is putting her cards on the table. Just a few months after leaving the hit Bravo show after 12 seasons, Tamra is opening up about the show’s future without her. And in her opinion, the future is pretty grim for RHOC.

Tamra Thinks RHOC Will Fail Without Her

Tamra recently appeared on Kelly Dillion’s podcast Kickin’ Back with Kelly. The CUT Fitness owner expressed doubt about the future of the show. According to Tamra, RHOC has “changed so much.”

It’s hard for the viewers too. They’re not really invested. That’s my concern for the show right now. There’s a lot of new people on the show. A lot.”

Compared to Tamra and Vicki Gunvalson, who was on the show since Season 1, all of the current cast is new. Braunwyn Windham-Burke joined RHOC in Season 14. Gina Kirschenheiter and Emily Simpson in Season 13.

Tamra Says Andy Cohen Told Her to “Take the Year Off”

When Tamra quit the show in January, rumors circulated that she was fired after turning down a friend role. However, she now says that she left because her ex-husband was diagnosed with cancer late last year.

TV Shows Ace recently reported on an update about Simon Barney’s cancer. Tamra said he is at the end of his treatment but is unable to see their children because of the coronavirus pandemic.

While the public didn’t know about Simon’s diagnosis until recently, Tamra implies Andy has known for months. According to Tamra, he suggested she take Season 15 of RHOC off and come back full-time in Season 16.

However, he also offered her a chance to make guest appearances on Season 15. According to Tamra, Andy said,

If you change your mind about it, you can film. If you don’t want to, you don’t have to. And then next year, you can come back full-time.”

Tamra doesn’t know yet if she will appear in Season 15. Filming began last month but had to stop due to everyone going into self-isolation. Whether it’s RHOC or another show, don’t expect to see the last of Tamra.

RHOC’s Tamra and Vicki May Get Their Own Show

If Tamra’s days on RHOC are over, she has other irons in the fire. She reveals on the podcast that she’s been “approached” to do a show with Vicki, her friend and former co-star. However, it wouldn’t be on Bravo. Tamra can’t or won’t say more than that yet.

Tamra does talk about missing some of her RHOC co-stars. While she was never close to Emily or Braunwyn, she played tennis with Gina and Shannon regularly. She may be on the outs with Shannon after Shannon resumed her friendship with Tamra’s nemesis Kelly Dodd.

The ladies of RHOC are in self-quarantine at their homes. Gina recently shared a photo of her real (short) hair without extensions.

Short hair don’t care! Extensions are not for quarantines 😆 #feelingfree

Tell us in the comments if you think Gina looks better without the extensions.

The Real Housewives of Beverly Hills returns for Season 10 on Wednesday, April 15.