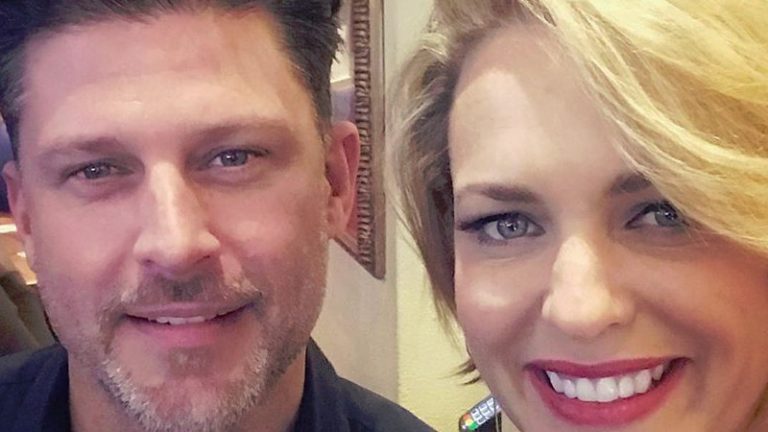 Days of Our Lives spoilers suggest that Kayla may leave Justin for Steve, who is currently in surgery. Kayla is waiting for Steve to wake up from the surgery that removed the microchip turning him into Stefano. Justin will begin to worry about what it all means for his relationship.

Once Steve was microchipped with someone else’s consciousness on the NBC soap… It was clear he is not the same man. Or, even the one that wanted to leave Kayla. Steven spent time in jail for the attempted kidnapping of Kayla. This led him to have the surgery, with the hopes of returning him to the man Kayla once fell in love with. However, her romance with Justin is now could be at risk, once Kayla choose to be with Steve.

Spoilers reveal that Justin is truly fearful of losing Kayla. Justin is sharing with Jennifer that losing Kayla for good is making him scared. Justin knows he can’t blame Kayla for being with the one she originally loved. However, the feelings he has gotten for her have been strong as well, and he isn’t sure he can handle losing someone again.

Justin may have not have anything to worry about

However, his fears could be unwarranted… Because while Kayla will have some devotion to Steve… She is sitting vigil while she waits for him to wake up, there still could be hurdles that keep them apart. The surgery removing the chip was more complicated than expected. It had a self-destruct mechanism that forced her to make cuts where she didn’t want to in order to save Steve’s life.

Because of this, Steve could not be the Steve she remembers when he eventually wakes up. This could mean their romance will truly be over for good. This could keep the relationship she has with Justin safe.

Meanwhile, Jack advises Justin to fight for Kayla. Will one of Days of Our Lives super couples from the 80’s reunite or will Kayla stay with Justin?

Stuck at home during the coronavirus quarantine of 2020? If so, this is the perfect time to catch up on your favorite daytime dramas. New episodes of Days of Our Lives air every day. General Hospital and The Young and the Restless will begin airing classic episodes due to production being delayed on new episodes, TV Shows Ace reports.