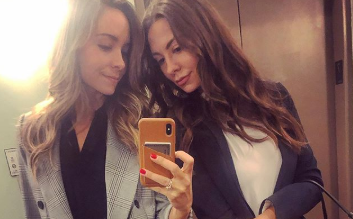 Everyone knows Kelley Flanagan from The Bachelor has been quarantining with Peter Weber. They aren’t dating, according to both of them, just enjoying spending time together. They’ve been quarantining together, which seems to be the new thing for potential couples to do.

Kelley recently came out with some criticism of the producers. She said they got into Peter’s head and he would be angry at her when they’d not talked for a bit. She stated she told Peter the producers had kept her away from him. At one point they locked her in a closest. That conversation got cut from the final show. This is not the first time producers were accused of meddling in the process. Colton Underwood who just released his memoir said while the feelings and the situations are real, the show is guided. He said what you see though, is what’s going on.

In the end Peter ended up engaged to one girl and in love with another. Then he finally ended up single although Kelley was at the taping of After The Final Rose. The two had people speculating and Peter himself said it would be great if it happened, but they were just friends. Now the question is, will Kelley go onto Bachelor in Paradise, or would she consider The Bachelorette?

Kelley Flanagan Says She Will Not Be On The Bachelorette

On the Bachelor Happy Hour, Kelley Flanagangot the question, “would you go on The Bachelorette if approached?” Peter, who also guest starred on the podcast, asked her if she would go on. Kelley said, she was too awkward on the show.

Both hosts Rachel Lindsay and Becca Kufrin thought she would be great on the show. They thoughts she’d put men in their place. After her speech to Peter about rewarding the drama, that may be true. According to The Cheat Sheet when Peter was asked if she’d be The Bachelorette he answered quickly with, “100 percent no.”

After Kelley Flanagan said she wouldn’t do it, Lindsay reminded Kufrin neither of their seasons had drama. Kelly said she wished it could go back to the way it used to be. She felt the show now focuses more on the drama than romance.

Lindsay asked if she would go on Bachelor in Paradise, and Kelley responded while she respected it, she didn’t think she’d been made for these shows. Fans will continue to follow what’s going on in quarantine while Peter Weber is Tik Toking all those magic tricks.

Kailyn Lowry Opens Up About Weight Gain And Nasty Comments She Receives
‘When Calls The Heart’ Season 9 Has Started Filming: All The Details
Zach & Jackson Roloff Surprise Matt Amid Family Emergency
Audrey Roloff Reveals Why She Kept Her Pregnancy A Secret
Katie Thurston Slams Fashion Haters About Her Looks