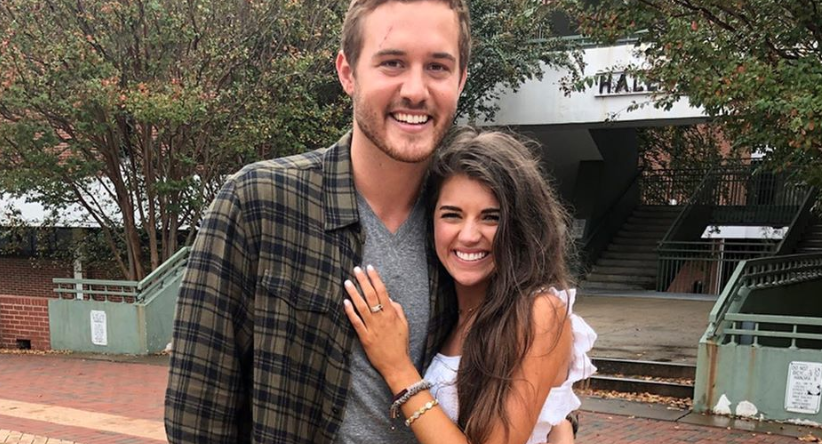 Peter Weber’s Bachelor drama isn’t over yet. Now, he’s dishing on what exactly happened during his FINAL breakup with Madison Prewett.

Madi and Peter had it rough. They were super in love, but then Madi sent herself home because her life views didn’t really line up with Peter’s. Peter got engaged to Hannah Ann but was apparently not a great fiance because he couldn’t give her all his heart.

That’s when Chris Harrison came into play. He made it seem like maybe the two should get back together. The relationship ended 48 hours later though. Apparently, it wasn’t that simple. According to Cosmo, the breakup actually took six hours. Can you imagine breaking up with someone for six hours? It’s not usually a quick process by any means, but wow that’s a long time.

Peter said that he spent the whole day in her hotel room just talking with her.

“The second day was when we pretty much spent the entire day together, that was…okay, let’s figure this out. I remember going to her hotel… it was super sad. For probably six hours, we stayed on her bed there, we laughed, we cried, we hugged each other… it was rough.”

The pair were supposed to do some press events after the finale, but they just weren’t ready for that.

“That was tough, we left the stage together, we were supposed to do some press,” Peter said during Nick Viall’s ‘The Viall Files.'” We just couldn’t do it, we just weren’t in the right headspace. She went to her hotel to talk to her family for a bit, then she came over to my hotel … that was mainly just [us] trying to be there for each other.”

It seems like they were taking their relationship really seriously. Honestly, it’s nice to see a couple take this so seriously. They didn’t just rush back into a relationship. However, it is sad for Peter because he ended his season with no one. That is of course if he isn’t back with Kelley Flanagan.

Do you think Madi and Peter should’ve tried to make it work after The Bachelor? Or, were their lives just too different from one and another? Let us know what you think in the comments. Come back to TV Shows Ace for news on all of your favorite Bachelor TV stars.