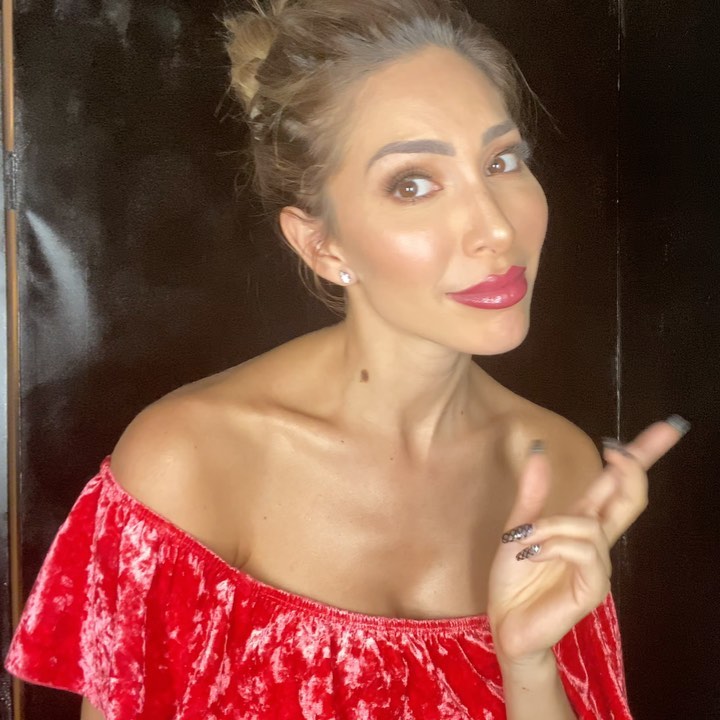 Farrah Abraham, formerly of MTV’s Teen Mom franchise makes headlines again when she comments, “Bill Gates is the modern day Hitler,” according to Starcasm’s report. Nobody is really shocked because Farrah is never quiet about her thoughts.

In 2000, Bill and Melinda Gates founded the Bill & Melinda Gates Foundation. Starcasm reports that the foundation is on of the world’s wealthiest with an estimated net worth of over $34.6 billion. The foundation’s focuses are the Global Development Division, Global Health Division, United States Division, and Global Policy & Advocacy Division. The most relevant to Farrah’s accusation is the Global Health Division. This division studies “how to prevent and how to respond to epidemics and pandemics.”

Happy birthday to my favorite person. @melindafrenchgates, you’ve had an amazing year. I can’t wait to see how you top it.

Techcrunch recently reports that thanks to the $100 million committed by the Gates to help with the COVID-19 response, Inovio Pharmaceuticals “is entering Phase 1 clinical human testing” on a second COVID-19 vaccine.

Last week TV Shows Ace reported that Farrah was in the news due to a puppy purchase cancellation. This week reports state that she calls Bill Gates a “modern day Hitler”.  She further claims that the coronavirus pandemic is an attempt to make money off of a vaccine. This comes after Bill Gates conducted an “ask me anything” on Reddit. Because of her comments, Farrah is making the news once again.

Farrah takes to Instagram making multiple comments demanding that coronavirus is man-made. Readers may find it hard to follow along with some of Farrah’s comments. Some of the comments have been deleted and appear reposted on other Farrah associated Instagram accounts. Her initial claim is below.

I didn’t sign up to take part in social virus research project killing people in every country with billions @thisisbillgates is after from our government- he wanted attention, he wanted to test the government, Congress step up we should not have debt, taxes, student debt or have to repay loans as Bill Gates “testing” did a social experiment & hopes it does well killing people! In Africa as said on CBS -That is man slaughter killing as many people as he has – he should be in jail and test his own viruses on himself – @realdonaldtrump maybe change the federal government laws that allowed patented man made viruses.

Bragging about China Virus lab since 2017 & Harvard Started it no wonder their giving free classes right now. Bill Gates wants the 600 billion America invests to protect us all-to actually kill us all. I did not elect to be apart of this social testing & this is illegal. Bill Gates is modern day Hitler – Share this video to help change the laws & prevent greedy virus creators of the virus & cure. As a mom I will not get a vaccine that can kill people.When everyone is dead I hope you enjoy all the money in hell Bill Gates.

Farrah goes on to insinuate subject matter knowledge claiming, “I want to hear a disease doctor speak… oh wait my mom married one.” She does have a point.

Be sure to check with the CDC and the World Health Organization (WHO) for details about the coronavirus pandemic. Keep it tuned to TV Shows Ace for more Farrah Abraham and Teen Mom OG news.

Jeremy Vuolo Says He Risked His Life Over Rapids
Carly Waddell Rushed To Hospital, Evan Bass By Her Side, What’s Going On?
‘Bachelorette’ Fans Asked, We Answer: What Does ‘Sex-Positive’ Mean?
‘My 600 Lb Life’ Milla Clark: Where Is She Now And How Is She Doing?
Candace Cameron Bure Shares She Censors Herself For The Kids