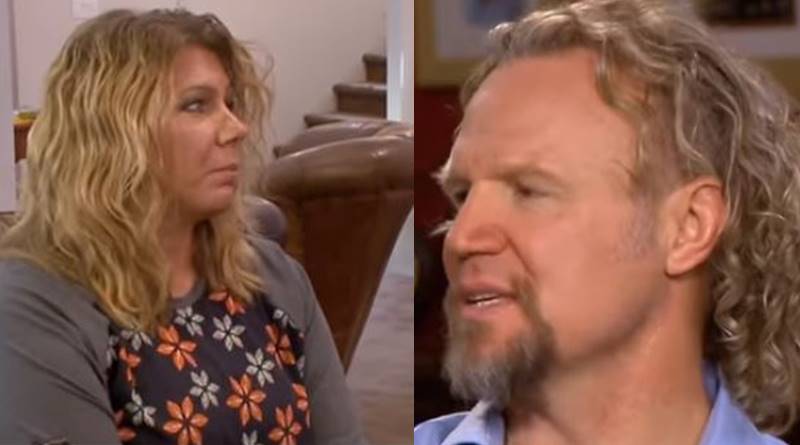 Sister Wives fans know that Meri and Kody have experienced marital issues for years. Many fans urge Meri to just pack her bags and leave. But, as she made a covenant in their faith, she might not choose to leave. In fact, it may cost her more than it’s worth, according to their faith. However, Kody denied it’s about their religion. Yet, he still referred to their covenant.

Although the season currently shows Meri and Kody attending counseling, TV Shows Ace reported on why Meri might stay with him. In February, we talked about how the covenant that Meri made might keep her there. And, it looked like she could end up estranged from her family. Notably, not just the Brown family, but her own mom and siblings as well. The whole thing got thrashed out by Katie Joy over on YouTube’s Without A Crystal Ball channel. Speaking to insiders, she revealed the extent of the covenant that people swear to in their faith.

They marry for life, not just this life, but eternal life. Their sister wives become their eternal family. So, if Meri left Kody, she breaks that bond with the family. And, she also breaks that bond with her own siblings and her mom. In other words, if she left, that reflects poorly on Kody in heaven, and she basically becomes an outcast forever from her loved ones. Katie Joy’s video’s quite involved, so you may watch it if you wish to know more.

Kody denies religion keeps him and Meri together

Despite that religious influence on Meri and that covenant, Kody denied their faith’s got anything to do with their relationship. InTouch Weekly reported about what he said during the Sunday, April 5 episode. According to him, he and Meri married really fast. So, he feels that when things went wrong, he’d been the victim of a “deception.” Quite how Meri deceived him, he didn’t elaborate on. He seems to almost believe he got hoaxed into marrying her somehow. But, he clearly stated they won’t split. And he indicated that it’s not about religion and faith.

As far as Kody’s concerned, their relationship might still get fixed. However, after saying it’s not about their faith, he referred to that convent. He said, “I’m not out of moral obligations that I made covenance to in deception.” Well, there you have it from the horse’s mouth. That covenant the Sister Wives patriarch made binds him as much Meri’s covenant binds her. And, outside of their faith, that really wouldn’t be an issue. So, actually, for outsiders, their staying together really is all about their religion.

As for Meri, during the episode, she spoke about breaking up bonds with the family if she leaves. She mentioned “relationships with the kids and the good relationships…in the family.” She never talked about her covenant, but fans already heard from Katie Joy, that family extends beyond her immediate Sister Wives and the kids. It certainly looks like despite denying she stays with Kody because of their religion, that actually, it’s probably all about those covenants in their faith, after all.

Let’s, get real for a moment and realize that plenty of people divorce and split. But, they find a way and manage to stay in touch with the kids. In some instances, the ex-wife even becomes a friend of the one who departed. Look no further than TLC’s 90 Day Fiance. There, fans see that Michael Jessen’s ex and he co-parent just fine. And, he married Juliana who became fast friends with Michael’s ex, Sarah. So much so, that Sarah helped Julianna select her wedding dress. Surely Meri and Kody from Sister Wives could find a way for her to stay in touch? But, due to that covenant, things aren’t that simple for the Brown family.

What do you think about that denial by Kody Brown that they stay together as it might be fixable and not because of their faith? Do you think that covenant still binds them and Meri won’t ever leave? Sound off your thoughts in the comments below.