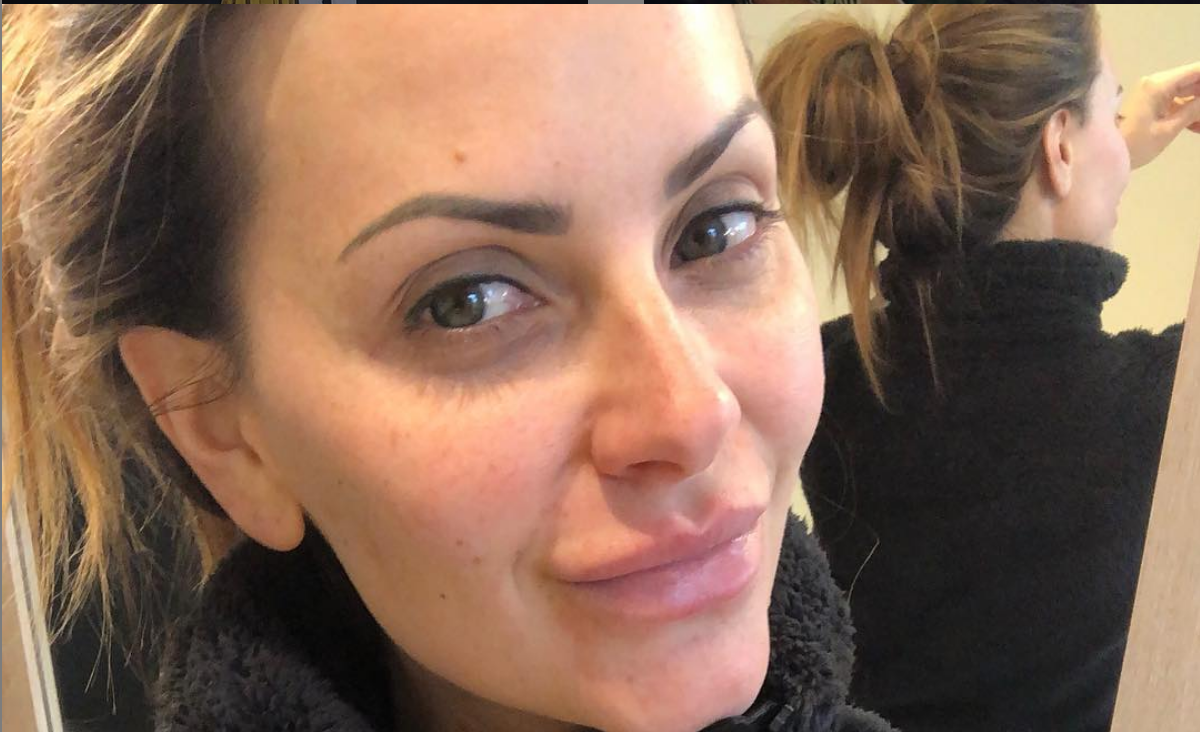 The Bachelor’s Michelle Money’s 15-year-old daughter Brielle was in a skateboarding accident. It happened on Sunday, March 29. Michelle said that her neighbors found Brielle in the neighborhood and called 911. Since the accident, Brielle has been in a coma in the hospital. Thanks to social media, Michelle has received a lot of love and support through these hard times. She shares frequent updates, sometimes several times per day. She usually shares updates via Instagram TV, because this allows her to share longer updates.

Brielle was in terrible skateboarding accident and is in the ICU on life support. She suffered a serious brain trauma and a fractured skull. She is in a medically induced coma to relieve pressure in her brain. She is in amazing hands up at Primary Children’s Hospital. Please- I am asking for prayers. I believe in the power of communication with whatever God you believe in. The energy of your conscious focus to send healing to my daughter is real. In whatever form you commune with your Higher Power, please as a desperate mother, I am begging you to do so. She needs support and healing right now. And if you could send one up for me as well, I would appreciate it. This is the worst experience of my life. ALWAYS MAKE THEM WEAR THE HELMET. ALWAYS. EVEN WHEN THEY PUSH BACK. Thank you to the neighbors who happened to be on a walk and found her and called 911. You will never understand. I would not have found her in time. My heart is forever grateful. Thank you to all of you who have sent prayers and messages and love. Brielle has been through so much already this year. She has proven how strong she is. I know she will pull through. #PrayForBrie

Michelle has been asking her Instagram followers to pray for her daughter. And, she claims that those prayers immediately made an impact on her daughter’s numbers. Things seem to be looking up for Brielle and Michelle seems hopeful. On Tuesday evening, she gave her social media followers a new update.

Michelle shared a new IGTV video on Tuesday evening. In the caption, she wrote, “So many wins today! Lots of good things happening! So proud of this kid! She is such a fighter and I know she is trying to wake up!! 🙌🏽🙌🏽🙌🏽🙌🏽🙌🏽🙌🏽Love you guys! Xoxo.” They were able to take Brielle off of a couple of the medications she was on.

In the video, she talked about the progress that Brielle is making, and things seem to be going smoothly. She says that she saw Brielle try to cough. This may seem minor, but it’s a big deal in this case. Excitedly, Michelle says that Brielle is stable and that she’s “trying to wake up.”

Michelle reminds her followers that this is going to be a long journey. Plus, Brielle won’t immediately know what’s going on when she wakes up. It will definitely take time. Michelle says it’ll take a few days for the sedation to be cleared from Brielle’s body.

At the end of the video, Michelle says that she can’t wait for Brielle to wake up. She jokes that she’s going to yell at her, but then she adds that she misses her and can’t wait to hug her. Since the accident, Michelle has been stressing that it’s important to be a parent first before being a friend. And, she also urges parents to put the helmet on their kids. But, she isn’t only talking about a physical helmet. She means that parents, herself included, should do a better job of protecting their kids in all ways.

So, what do you think of Michelle Money’s latest update? Stay tuned for more details on Brielle’s recovery.