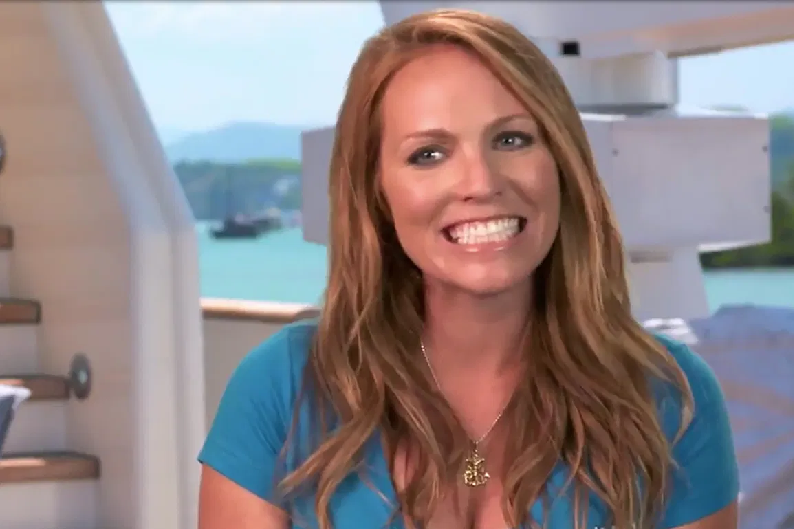 Below Deck star Rhylee Gerber was a target of the boys’ club during Season 7 of the show. But she encountered a different kind of beast. The highly skilled fishermen and hunter had a near-miss alligator attack.

Rhylee currently lives in the swamp lands of Florida. She came across an alligator who was patrolling the swamp. She got out her smartphone and decided to capture the moment. Rhylee even challenged the gator, which almost got her into trouble. Read on to learn more.

Happy Valentines Day!! I’ll be at the International Miami Boat Show both today and tomorrow giving out free kisses!!💋 . . FYI, there’s still time to go to The Life of Rhylee dot com and purchase discounted tickets to the @miamiboatshow and see the largest & most expensive YACHT!! Surprise surprise it’s not the Valor or My Seanna 😜 . . Be sure to also check out @boatus and slide on over to their website with promo code: RHYLEE for their On the Water training course w/Intro to Boating, Women Making Waves and Precision Docking 🛥

Rhylee Gerber zoomed into the menacing creature lurking into the water. She taunted it by saying, “Why are you not moving gator? You’re not scared of the life of Rhylee?” The Below Deck star tried to get a better glimpse of the gator chilling out in the swampy area.

As she narrated the scene, she joked about the mama gator that was out of shot. That’s when she got startled by the approaching gator, according to Showbiz Cheat Sheet.

The gator was so stealth-like in the swamp that it made her jump. Rhylee exclaims that this is “how YouTube videos are made.” She adds, “All of sudden mama gator pops up here – Jesus!” The other gator startled her. The camera turns upside down as Rhylee tries to make an escape.

The Below Deck alum runs and nervously laughs over what happened. A man’s voice is also heard in the background. Thankfully, she’s not alone. She also managed to escape the scary scene. The Bravo personality captioned her Instagram Story, “When gators …. ATTACK!!!” Even though Rhylee is used to working in nature, she was surprised by the near-gator attack.

Rhylee Gerber and others should be careful since it’s currently alligator mating season in Florida.

“According to the Florida Fish and Wildlife Conservation Commission (FWC), the courtship process for the state’s more than one million alligators begins in April. Mating then happens in May or June before females build a nest and deposit about 32 to 46 eggs. After 63 to 68 days of incubation, the eggs will hatch from mid-August through early September,” WFLA, a news station from Tampa reported on April 1.

Gators are active during this time of year. People must be on high alert when they travel near large bodies of water. Reports about alligator attacks have increased over the years. Since it’s almost summertime, alligators are on the move, looking for their next mating partner. Although mating season starts in April, it increases in May.

Below Deck star had a health emergency in her family

Last month, Rhylee’s stepfather John Lowrey went to the hospital for blood clots found in his heart. She shared a tender photo of herself with her stepfather and asked Below Deck fans for their prayers. Showbiz Cheat Sheet reported that Rhylee’s father is currently fighting for his life.

This health emergency came as he battles stage 4 bone cancer. Rhylee has thanked fans for the outpouring of love and support that she and her family has received.

Please keep my stepfather in your prayers. We are at the ER now after 3 blood clots showed up in his heart after his CT scan this afternoon 🙏🏽🧡 #cancersucks