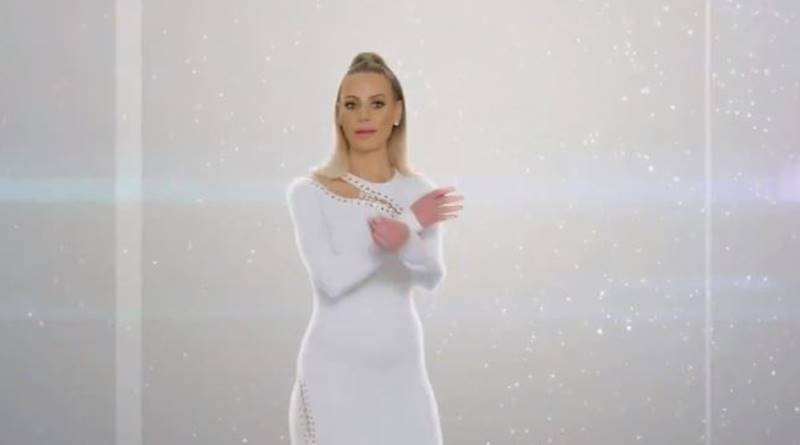 RHOBH returns with Season 10 on Bravo on Wednesday, April 15. As usual, each cast member comes up with a personal tagline for the new season. This year, the main cast includes Kyle Richards, Lisa Rinna, and Erika Jayne. Dorit Kemsley’s also back, along with Teddi Mellencamp, and Denise Richards. Plus of course, an interesting newcomer to Real Housewives of Beverly Hills is Garcelle Beauvais. Season 10 is the second full-time season for Denise Richards. On Monday night, they all revealed their taglines.

TV Shows Ace reported that the premiere of Real Housewives Of Beverley Hills returns on April 15. Bravo released a few promos and trailers came out. And, we reminded people the taglines would emerge on Monday. On Twitter, many excited fans can’t wait for the show despite Lisa Vanderpump not featuring this season. It’s a deadly dull time for many people who remain confined under the current social-distancing rules during the coronavirus pandemic.

One RHOBH fan got super-excited that the taglines were about to get their big reveal. They posted up, “Taglines!!!!” and added a meme of Kermit the Frog going crazy with joy. Well, as usual, ET Online got the exclusive first look at the ones for the new RHOBH season and reported they came out as follows:

Fans react to the Season 10 taglines

Not everyone celebrated the new taglines and plenty of critics sounded off their thoughts on them. Perhaps Denise Richards got the most kudos of the lot. One fan noted, “Unpopular opinion: I’m not impressed with the #RHOBH taglines!! If I had to choose my favorite, it would be @DENISE_RICHARDS!!” Another follower agreed, noting, “The #rhobh taglines are out and they’re mostly meh but Denise Richards is BRINGING IT.”

One RHOBH wit transcribed the taglines as “kyle: labored reference to skeletons in closets, weirdly serious. Rinna: lol watch my insta stories I dance. Dorit: I’ll take out high interest loans for my lifestyle. Garcelle: I’m promoting my career don’t judge me based off these bitches.” Then, another follower wrote, “Those #RHOBH taglines were an embarrassment to the housewives franchise honestly.”

The 💎's are IN! Which Season 10 #RHOBH tagline is your fave? pic.twitter.com/a91CalkSbv

But other fans loved them all and largely look forward to the premiere. What do you think about the taglines for Season 10? Sound off your thoughts in the comments below.

Remember to check back with TV Shows Ace often for more news about Bravo’s RHOBH Season 10.