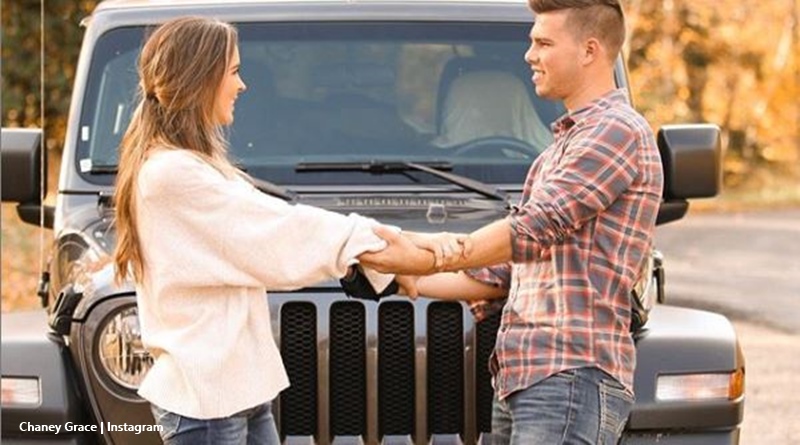 Bringing Up Bates fans fell in love with Chaney Grace, who Trace dated, even before they officially introduced her on the show. Fans felt very sad when the news came that they eventually split. Trace announced it on his Instagram. But, while not as strict as the Duggars, the family holds true to the same basic life principles. The fact that Trace dated before officially courting possibly contributed to the end of it all. Could family pressure be the reason for the breakup?

Bringing Up Bates – Trace surprised the family with Chaney

Fans who watched last season of the show on UPtv might recall Trace pitched up at a family get-together with Chaney. TV Shows Ace reported that fans expected an intro as he and Chaney spent some time talking about each other on social media. Knox News reported on the reveal to the family. They reminded readers that it came in the episode that showed the family gathered for their annual Valentine’s Day event.

The outlet noted specifically that Trace “surprised” the family. Bringing Up Bates star, Carlin Bates Stewart said in her confessional that nobody ever expected him to bring a “female girl” there. But, she admitted that Chaney’s “gorgeous.” That shock and surprise wouldn’t happen in “normal” families. In fact, many young men and women surprise their families when they find someone special. But, as Cheatsheet noted, “The IBLP, however, strongly advises against casual dating. Instead, the Christian ministry suggests courtships are the best way to safeguard a person’s heart.”

Family pressure and the split

It looks like Cheatsheet spent some time working on their coverage of the split possibly being assisted by family pressure. In fact, they pose a valid argument. The outlet wrote, “the intense nature of the relationship expectations may cause problems, particularly for the Bates boys.” After all, it seems that casual dating’s frowned upon. They prefer courting as it’s way more serious. And often, it leads to marriage. Possibly, neither Chaney or Trace felt ready to think long term.

Bringing Up Bates followers on Reddit firmly believe that the family probably pressured Trace. And, notably, it’s not the first split in the family. While the Bates family might not come over as strictly as the Duggars do, they still take dating, courtships, and marriage very seriously. So very likely that puts loads of pressure on the partner. Outside of the faith, many young people date for ages. They even possibly live together before committing to marriage. But, obviously, that’s out of the question in the Bates family.

Your thoughts on Trace Bates and Chaney Grace

What do you think about the possibility that Trace not only surprised the family with Chaney but also casually dated her? Maybe he simply wasn’t ready for a serious courtship and the expectations of a wedding as soon as possible. Do you think they possibly split due to family pressure? Sound off your thoughts in the comments below.