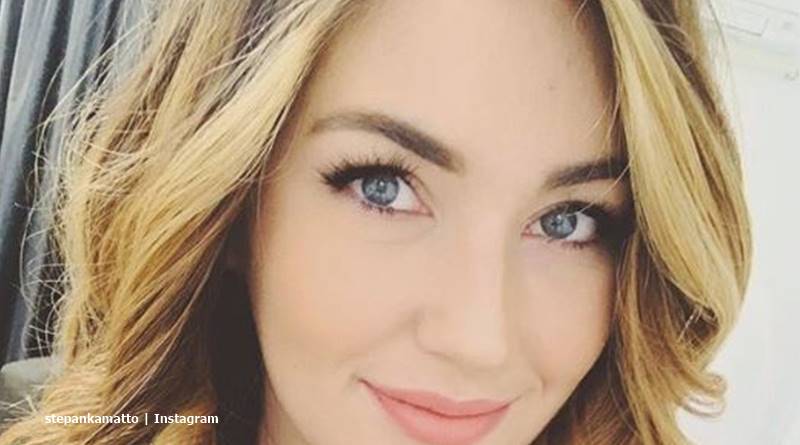 90 Day Fiance fans know that Usman (Sojaboy), created and sang a song, especially for Lisa Hamme. He later released a version of the video with a stunning model. Fans thought ultra-jealous Lisa would object, but she didn’t. Now, Stephanie Matto sang her version of “I Love You,” and fans love it. In fact, they want a collab.

Taking to her Instagram, Stephanie showed she’s got some talent with her voice and on a guitar. She shared a video of her playing her own version of the number and fans loved it. Stephanie captioned it with, “Me and you till eternity girl” – my favorite line from the song.” Then she gave kudos to Usman, writing, “@officialsojaboy seriously wrote the greatest song for his baby girl @baby_girl_lisa_2020 ❤️.” And, Stephanie thinks that “anyone in love can relate to the lyrics!”

She also told her fans she’s no “musician but [she loves] playing guitar and making funny jingles.” Like many 90 Day Fiance followers, she felt “drawn to this song.” She can’t “get it out of [her] brain for a month now. Then she said, “so this was the next natural progression 😂🍕🥂.” Well, she added the hashtag “#notquittingmydayjobdontworry,” but fans love it anyway. They suggested that she and Usman collaborate sometime.

Fans of Stephanie liked the song a lot, but obviously some people didn’t. Some of them felt that they preferred Stephanie singing it to Usman and many of them noted she had no auto-tune. Mind you one or two gave the “Simon Cowell ‘it’s a no from me.'” Here’s what some of Stephanie’s 90 Day Fiance fans said to her:

One person asked if Stephanie if she ever sang that song to “@glitterbuggin?” But she replied, saying “no.” ”

“Me and you till eternity girl” – my favorite line from the song. @officialsojaboy seriously wrote the greatest song for his baby girl @baby_girl_lisa_2020 ❤️ I think anyone in love can relate to the lyrics! I am not a musician but I do love playing guitar and making funny jingles. I was drawn to this song and haven’t been able to get it out of my brain for a month now so this was the next natural progression 😂🍕🥂 #notquittingmydayjobdontworry #90dayfiance #beforethe90days

Plenty of the fans on Stephanie’s page talked about her doing a collaboration with Sojaboy. Then, one said, ” I smell a meet up in NY…I’ll sponsor this who’s with me?” Well, believe it or not, the person who replied to that comment is none other than Lisa Hamme herself. She wrote, “It’s on for sure 🥰.” So, if you thought she’d go ballistic, she didn’t. Actually, we reported that when Sojaboy released his video with the model, she didn’t freak out about that either. In fact, she just said, “yes both videos are making us money.”

What did you think of Stephanie singing Sojaboy’s song I Love You? Do you hope she and Usman do a collaboration? Sound off your thoughts in the comments below.

Remember to check back with TV Shows Ace often for more news about Stephanie and Sojaboy and the rest of the cast from 90 Day Fiance: before The 90 Days, Season 4.