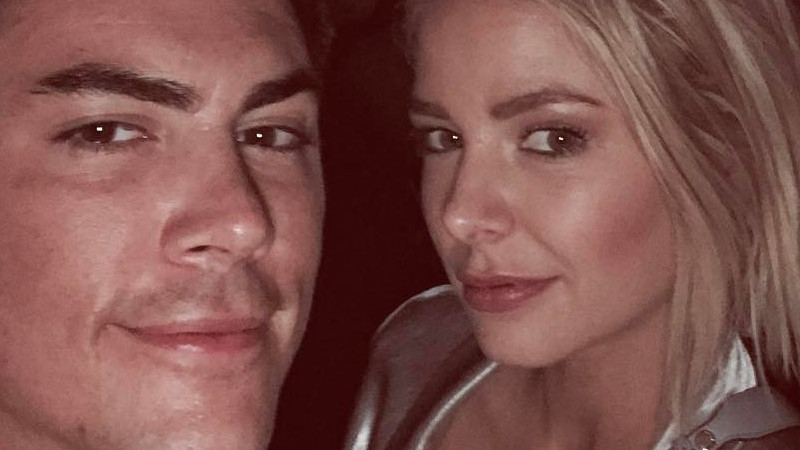 Vanderpump Rules stars Ariana Madix and Tom Sandoval are fed up with co-star Jax Taylor’s lies. The couple recently sat down for a podcast interview. The topic of Jax and Sandoval’s feud came up. Sandoval and Ariana pointed out that Jax has been lying about several things related to his ongoing fight with Sandoval.

During an appearance on VPR co-star Scheana Shay’s podcast, Sandoval and Ariana dished on having a “great time” at Jax’s wedding to Brittany Cartwright. According to Sandoval, Jax was very appreciative of all he did to help the wedding go smoothly, Reality Blurb reports.

As fans will recall, there was an issue with wedding guests having to pay for drinks at a cash bar. Sandoval fixed the issue so that drinks would be free for guests. He also provided toiletries and other necessities to the bridal party, among other tasks.

Sandoval revealed to Scheana that he and Jax “hugged it out” after the wedding. At the time, Jax thanked Sandoval for everything he did. The two seemed to part on good terms.

However, Jax now says that everything Sandoval did was for the cameras. In fact, Jax wishes he had never given in and let his former best friend stand up for him at the wedding.

Have Jax and Sandoval Really Not Spoken Since the Wedding?

As TV Shows Ace reported last month, Jax claims he hasn’t spoken “one word” to Sandoval since the wedding. But Sandoval and Ariana say that’s simply not true.

They point out that the VPR co-stars have all been photographed together. They even stayed at Jax and Brittany’s house until “4 a.m.” after attending the People’s Choice Awards in November. The wedding was in June.

However, Ariana does admit that the three VPR co-stars have lost touch since the Bravocon fan convention, also held in November. But that’s fine with Ariana. She says,

“I certainly don’t feel that I’ve lost anything.”

The VPR star also opened up to Scheana about her suspicions of why Jax is behaving like this. Ariana feels that the fan’s are turning against Jax and he can’t handle it. She reasons,

“If someone sees that the person they were being a d**k to, that people on the internet are siding with that person, … they’ll double down on why you deserved that sort of [treatment].”

Tell us in the comments if you’re on Jax’s side or agree with Ariana that the tide is shifting in the other direction?

Vanderpump Rules airs Tuesdays on Bravo. Check out the preview for tomorrow night’s episode below.