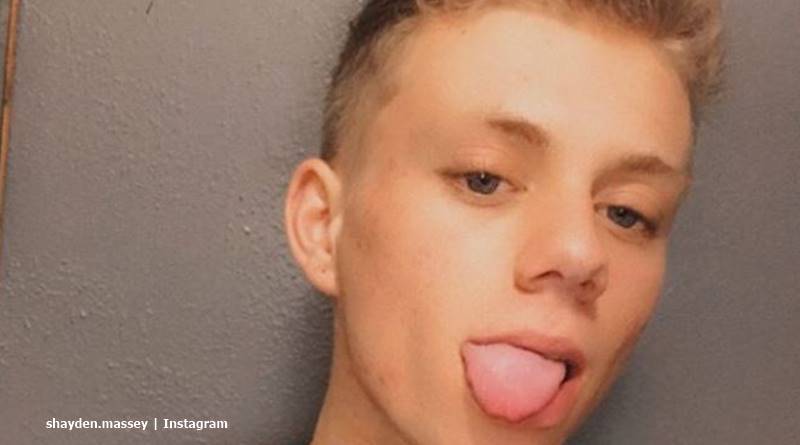 Unexpected fans heard that Shayden Massey split from Lexus, the mom of his daughter, Scarlett. That came last year. Since then, stories emerged that he dates a girl name Meah, and got another girl named Kylee pregnant as well. Those complications, aside, he seems to be doing a great job as a dad. He took to his Instagram and shared an adorable video clip of Scarlett learning how to ride a bike this weekend.

TV Shows Ace reported back in January, that although he and Lexus split after she allegedly cheated on him, he continued seeing his daughter, Scarlett. Back then, he shared a cute clip of Scarlett telling her dad how much she loved him. Fans love that he really seems devoted to his daughter. Then news came of another unexpected twist. Starcasm reported that he started dating someone named Meah. But later, he shared on Instagram about someone being pregnant. Meah denied it’s her. Actually, she’s already the mom of a two-year-old boy.

In various discussions between Meah and the rumored pregnant girl’s fans, news emerged that before Shayden started dating Meah, he got Kylee pregnant. So, between Meah, Lexus, Kylee, a yet-to-be-born child, and Scarlett, Shayden’s got a lot on his mind. But, the Unexpected star still seems to a devoted dad to Scarlett. He took to his Instagram and shared a clip of Scarlett riding her bike after he taught her how to ride it.

Scarlett learns how to ride her bike

Scarlett turns three in May this year. So, at nearly three, she’s obviously not afraid to try new things. Shayden’s adorable video clip showed he got her a little bike with training wheels. Pink and blue with a Paw Patrol logo, it looks very cute, fans think. Shayden captioned his post with, “Taught her how to ride her new bike today, didn’t even really need to show her how she’s so smart😇❤️.” Naturally, his fans commented on the clip. After all, Scarlett’s a delightful little kid.

One Unexpected fan wrote, “She’s only 2?? Kids got so much hair, and so smart!! ❤️.” Then, another one wrote, “My God, she’s perfect! I’m in love 😩😍.” One follower with the same bike noted, “Awww my daughter has the same bike. So cute.” Then, one person said that her child at the age of four can’t ride a bike like that yet.

Taught her how to ride her new bike today, didn’t even really need to show her how , she’s so smart😇❤️

What did you think of the adorable video clip that Shayden shared showing Scarlett learning bike-riding? Do you think she’s a smart little girl? Sound off your thoughts in the comments below.

New ‘Bachelorette’ Spoiler Reveals Katie Thurston’s Original Final Four Was Wrong
Kevin Wendt Seeks Canadian Advice Amid His Queen Becoming A Resident
Savannah Chrisley Under Fire For Catching A Shark: Did She Release It?
‘Say Yes To The Dress’: Did Randy Fenoli Fat Shame Daniela?!
‘The Bachelorette’: 20 Things To Know About Blake Moynes