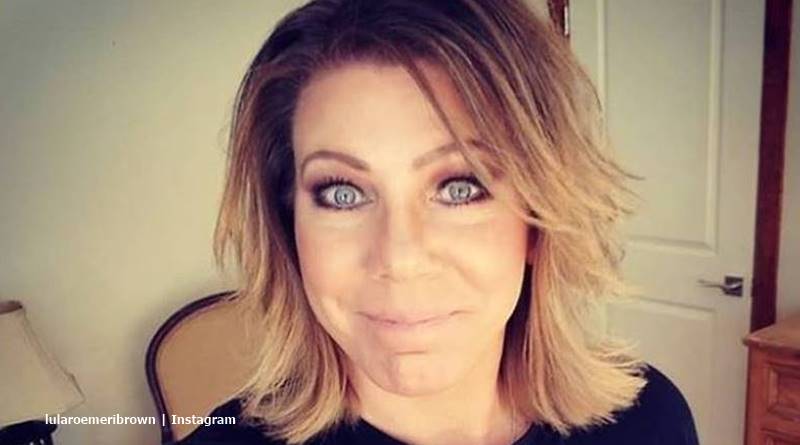 Sister Wives fans know that Kody and Meri pretty much reached the end of their road in their relationship. While fans wish she’d leave him she seems determined that she sticks with the family. It might have something to do with their faith and covenant about external families. Anyway, it became quite clear in the latest episode that Meri makes good relationships outside the home. But, within the family, Kody believes she acts like a victim and makes little effort. Perhaps Meri could write a book. After all, it could spin her an alternative income, independent of the TV show. Did she just hint she might toy with the idea?

TV Shows Ace reported that the marriage looked over and done with between Kody and Meri. Technically, they divorced already so that Kody could marry Robyn. But in their faith, she still remains in a spiritual union with him. He always told her that he just wanted a divorce so that he could adopt Robyn’s kids. But, in the show, fans see him saying they married in a rush. The issues that arose didn’t just come from the catfishing scandal the show keeps dishing up ad nauseum.  In fact, they already experienced many other problems.

So, maybe Kody’s motivation for the divorce extended beyond a need to adopt the kids. Fans see Meri living in an untenable situation and they urge her to pack her bags and get on with her own life. After all, she already does very well with LuLaRoe and finally landed her BNB, Lizzie’s Heritage Inn. Some fans actually believe she just sticks around for the income from the Sister Wives show. But, if she writes a book, then perhaps she’d be clear and free of any financial entanglement with Kody Brown. Now, she shared a cryptic message on her Instagram Stories, and maybe she hinted at that.

Meri Brown often shares cryptic posts. The trouble with that means that fans simply don’t know if she drops hints or not. But, sometimes, she does. In her latest Instagram Story, she shared a quote by Nikki Banas, the author of Shine From Within. It explained about writing your own story and starting a new chapter. Then, Meri also shared a quote by Morgan Harper Nichols, the writer of All Along You Were Blooming: Thoughts for Boundless Living. That quote talked about how people should “write the story of the mountain [they] climbed.”

It also said, “Your words could become someone else’s survival guide.” Well, the Sister Wives’ star never said any more about writing, but that sure sounds like a hint she may think of it. And bear in mind, she already co-authored the Brown family’s book, a best seller with New York Times in 2013. Called Becoming Sister Wives, Simon and Schuster describe it in part as “daily moments of trust, acceptance, forgiveness, passion, and commitment.” They note all of those “go into making one big, happy, extraordinary family.” Hmmm. Well, fans of the show this season see a lot of mistrust and toxicity going on. Maybe it’s time for an updated book by Meri? 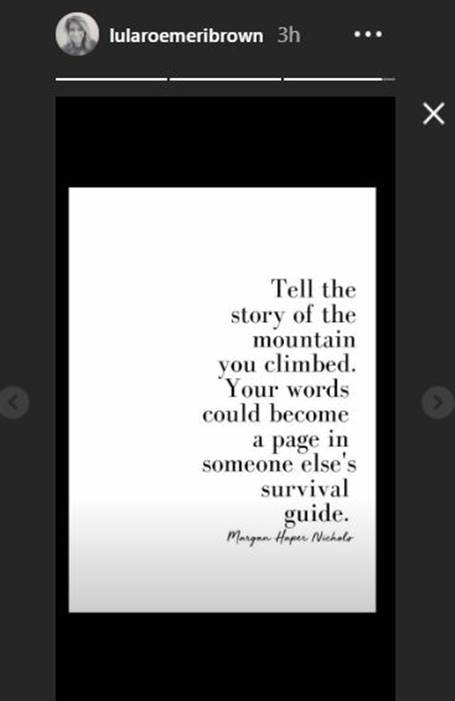 What do you think? Do you believe Meri hinted she might write another book? Would you buy one? Sound off your thoughts in the comments below.