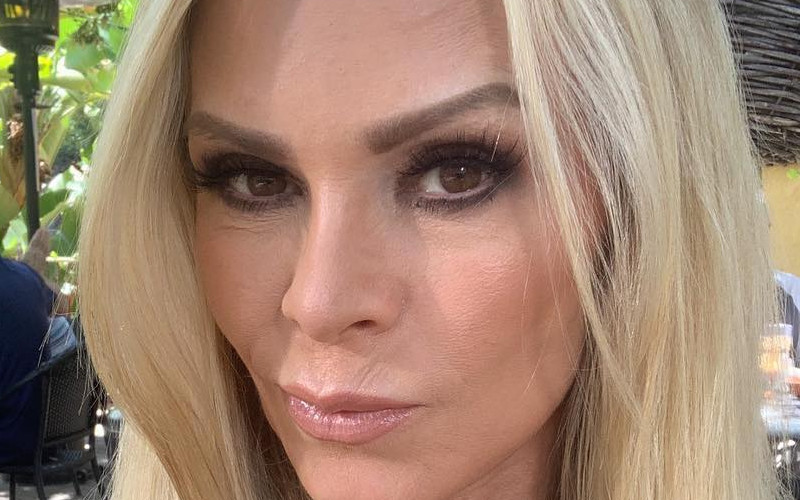 The Real Housewives of Orange County star Tamra Judge continues to be involved in her ex-husband’s medical care. RHOC fans likely remember Tamra and Simon Barney fighting constantly, before and after their divorce. However, as TV Shows Ace reported in February, the former couple put their differences aside after he was diagnosed with stage three throat cancer.

RHOC’s Tamra appeared on Kelly Dillion’s podcast last week. During her appearance, the subject of her ex-husband’s diagnosis came up.

According to Tamra, Simon is almost finished with his treatment. She said that he is doing “as well as can be expected” but he is fearful of getting coronavirus. Tamra reveals that Simon is “very weak” from the treatment and requires rehydration at the hospital every day.

Tamra previously confirmed that his girlfriend, Catushia Ienni, is giving him round-the-care treatment. Due to the coronavirus pandemic, the couple are either at home or in the hospital.

Tamra: Simon Hasn’t Been Able to see Kids in a Month

There was a time when Simon and Tamra fought over custody of their three children, Sidney, Spencer and Sophia. In fact, Sidney and Tamra weren’t on speaking terms for many years before Simon’s diagnosis.

Due to Simon’s compromised immune system, Sidney is still living in her dorm room in Chicago, Tamra says. In addition, he hasn’t been able to see the other children he shares with Tamra. She says,

The kids haven’t seen their dad other than FaceTime in a month now. It’s hard enough to fight a disease like cancer and to have to do it without your loved ones around.”

During a recent Instagram Live chat with fans, Tamra dispelled rumors that have followed her for years. Namely, that her children didn’t live with her. Tamra responded to a fan’s question about the living situation by saying that her two younger kids, Sophia and Spencer have “always” lived with her.

As fans can imagine, it is a tough time for small business owners with everything shut down. Per California government, all gyms in the state had to shut down. Tamra and her husband, Eddie Judge, own CUT Fitness in Orange County.

Tamra is hopeful that her gym will survive the coronavirus pandemic. However, she knows that it will be a struggle for other small businesses. Luckily, she says, she has a back-up CBD business that allows her to stay afloat. She says,

“If we only had CUT Fitness, we’d be in a lot of trouble.”

Speaking of Eddie, fans are concerned that he may be at risk for coronavirus because of his heart problems. However, Reality Blurb reports that Eddie isn’t concerned. During the podcast, he said he doesn’t feel at risk “at all because my condition has been fixed.”

Tamra has another son, Ryan, from a previous relationship. She recently shared a cute picture of him and her granddaughter, Ava.