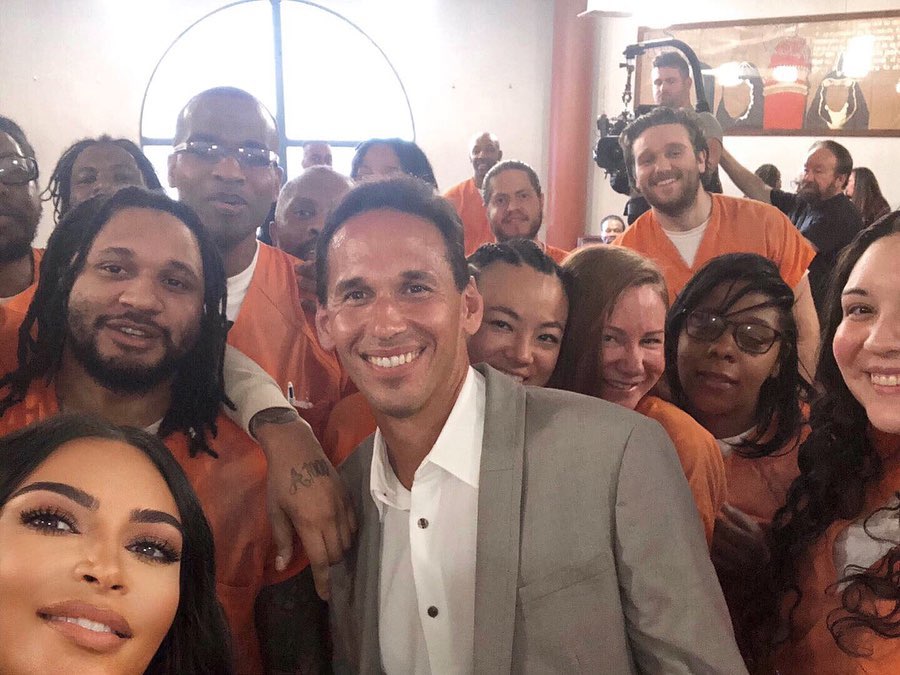 Sending everyone lots of love today

In 2018, Kardashian West successfully petitioned President Donald Trump. This was for the clemency of Alice Marie Johnson. She partners with #cut50, too. #Cut50 is an advocacy group that brings awareness and changes to problems in the criminal justice system. Oftentimes, these problems lead to unfair sentencing. So, Kardashian West is working to make a change. She wants to fight for equality and fair sentences. It seems that she’s in it to change lives.

ET Online shines a light on Kardashian West’s progress in obtaining her law degree. Since then, Reuters reports that she successfully completed her first year of law school. Kardashian West is completing a four-year apprenticeship program in California. And, she hopes to take the bar exam in 2022.

“There are millions of people impacted by this broken justice system, and I wanted to put faces to these numbers and statistics. There are a lot of people who deserve a second chance, but many do not have the resources to make it happen. I want to help elevate these cases to a national level to effect change,” says Kardashian West of her efforts.

The Case That Started It All

Johnson was successful at FedEx prior to a gambling addiction. This eventually leads to her incarceration. Johnson said, “Every day, I grappled with the cold reality that one day- since I had a life sentence- someone might eventually help me die in [the] prison as well.”

In a ET Online report, there are brief biographies of the four new cases from Kim Kardashian West: The Justice Program.

Alex Martin was 15 years old at the time of the crime. She was sentenced to a 21 year minimum for aggravated murder. Martin tells Kardashian West that she was abused as a child and mixed up with a drug dealer that raped her.

David Sheppard is convicted of second-degree felony murder from 1992. This case stems from the 1992 shooting death of a pharmacy owner. Sheppard was not the shooter, however, he was sentenced to more time in prison than the killer.

Last week I was so moved by Dr. @marcmhoward , a Georgetown professor who teaches a course inside of a Washington DC prison where these men and women can get Georgetown credit. I met so many amazing people that can’t wait to share their stories with you. We filmed a documentary I am working on that will be out on @oxygen and I hope you will learn about the justice system the way I have.

Kardashian West says, “I got chills. I cried reading it. And I got the sense that she had had it and was crying out for help,” when discussing Dawn Jackson’s case. Jackson is serving 21 years of a mandatory 30-year sentence, and it’s for stabbing a man to death. Sadly, the man was her step-grandfather. He repeatedly raped and abused her since she was five.

“Kim and cut50 have done a good job working together to find cases that really highlight the need for the change and then follow up with policies that will enact that change on a broader scale,” says Jackson.

In Washington, D.C., Kardashian West meets with Momolu Stewart. At the time of the crime, Stewart is a teenager. Judicial proceedings convict Stewart of first-degree murder in 1997.

Keep it tuned to TV Shows Ace for more Kardashian news too.