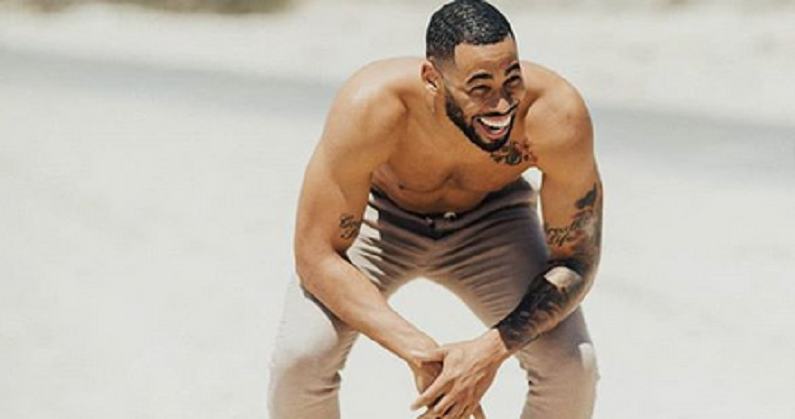 The Bachelorette Mike Johnson appeared to be interested in producer Julie LaPlaca. The two seemed flirty with each other on social media. But it turns out that he doesn’t want her all to himself. He made it clear that Julie would be the perfect “future” lead of The Bachelorette.

Clare Crawley is still waiting on her Bachelorette journey to begin. Production is currently on halt due to the COVID-19 pandemic. Despite the delay, Clare is staying positive about her season. She knows that she will find love when the timing is right. In the meantime, Bachelor Nation is wondering about Mike Johnson’s relationship status with producer Julie LaPlaca.

Glamour magazine reported that earlier this week, producer Julie LaPlaca took to Instagram to share this thirst-trapping photo of herself. She looks beautiful, even in isolation. Julie captioned the flirty photo “Me, all day everyday right now.” The Instagram photo shows Julie laying on a white furry blanket and showing off her beautiful golden curls. It looks like something out of a glamour shot.

Me, all day everyday right now.

It definitely caught a lot of people’s attention, including Bachelorette alum Mike Johnson. He commented: “Damn! Are you a producer or the future bachelorette?” He even included the rose emoji to make his point clear. It sounds like Mike is interested in having Julie become the “future” Bachelorette over Clare Crawley.

Bachelor Nation seems to be loving the playful banter between them. It even got the dating rumors swirling once again.

Did he try to shoot his shot with the ABC producer? The Bachelorette alum has everyone talking since he left that interesting comment on Julie LaPlaca’s Instagram post. This sparked the rumors that the two could be more than friendly co-workers. Even Julie joined in on the flirty banter with the following comment: “I hear you’re the bachelor now?”

The Bachelorette fan-favorite responded, “lmfao yesterday only.” This isn’t the first time that Julie has been romantically linked to a member of Bachelor Nation. Everyone remembers when she was rumored to be dating Peter Weber. That came after fans spotted them out together on New Year’s Eve. Both Julie and Bachelor franchise host Chris Harrison quickly shot down those rumors, as reported by E! News.

Mike has a history of commenting on other celebrities’ Instagram accounts. He briefly dated Demi Lovato after flirting with her on social media. Once their fling ended, he tried to ask Keke Palmer out on a date during his interview on Strahan, Sara & Keke. The talk show host covered her face in embarrassment and created a cringe-worthy moment.

As for Mike, maybe he was flirting with Julie in the comments section. Or, maybe he does want her to become the next Bachelorette, after Clare Crawley’s season. This could also be his way to re-join the cast during her season, if it were to happen.

What are your thoughts? Do you think Mike Johnson was trying to flirt with Julie LaPlaca? Sound off below in the comments section.

Check back with TV Shows Ace for the latest news on The Bachelorette.