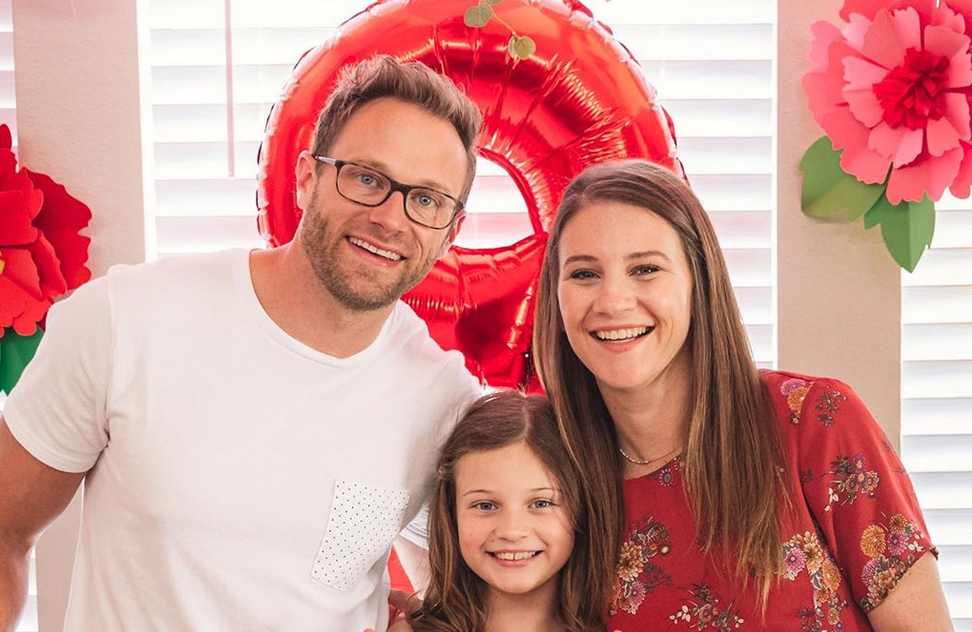 On Sunday, Blayke Busby turned nine years old! The oldest daughter of Danielle and Adam Busby celebrated big. Due to the coronavirus, she was stuck at home social-distancing. The OutDaughtered family documented her special day on social media.

🌹Happy Birthday to my babygirl! 🌹Not enough words to describe how amazing of a little girl you are. You are one of a kind and I’m so proud to be your Mommy. This year we have had to celebrate your special day a lot different… and we had to postpone your party, and I hate this for you. But you surprise me with your maturity and understanding AND WE CAN NOT WAIT TO HAVE A BIGGER & BETTER PARTY WITH EVERYONE this Summer . I love you forever my Big Baby Girl ❤️ #happybirthday #quarantinebirthday #itsabuzzworld

In a few Instagram posts, the family shares about her special day. In several of the pictures, Blayke is posing in front of a balloon in the shape of a number nine. Her parents join her in a couple of them too.

Adam reveals that Blayke got to FaceTime with JoJo Siwa. It sounds like this was a big deal to Blayke. She was pretty surprised about it.

Adam also shared another post that’s a little more heartfelt. He posted a picture of himself, Blayke, and Danielle. He writes, “To see how she has carried herself through life with such grace, love and compassion for others is truly something to behold as a parent. Love this kid to the moon and back. Happy 9th Birthday Blayke! ”

In her post, Danielle talks about how mature and understanding Blayke is about postponing her birthday party. The mom says she hates to do that to her daughter, but she promises a “BIGGER & BETTER PARTY WITH EVERYONE this Summer.” Many parents are worrying about how the virus will affect their children’s birthdays. The Busby quints’ fifth birthday is on April 8, so it’s right around the corner too.

In the comments sections of all of the posts the family shared, OutDaughtered fans are leaving sweet comments for Blayke. They love the oldest Busby daughter and hope she had a great birthday, even if her party was postponed.

Happy Birthday to our Blaykers. So blessed to be called her Daddy. To see how she has carried herself through life with such grace, love and compassion for others is truly something to behold as a parent. Love this kid to the moon and back. Happy 9th Birthday Blayke! #blaykelouise #blaykers #happybirthdayblayke #itsabuzzworld #outdaughtered

As TV Shows Ace reports, OutDaughtered production is paused. Right now, they cannot film the show due to the coronavirus. Adam talks about this, saying that the pandemic is setting them back. He hopes the pandemic is over soon so they can make new episodes for the fans.

There’s no telling how long the virus will stick around. So, it might be a while before there are new episodes of the TLC show. In the meantime, fans can keep up with the Busbys on social media. Both Adam and Danielle post often on Instagram. You can see what they’re up to with the kids. And, there, they will share updates on production as soon as they get any word.

So, what do you think of Blayke’s birthday celebration? Can you believe she’s already nine years old? Share your thoughts in the comments section below.