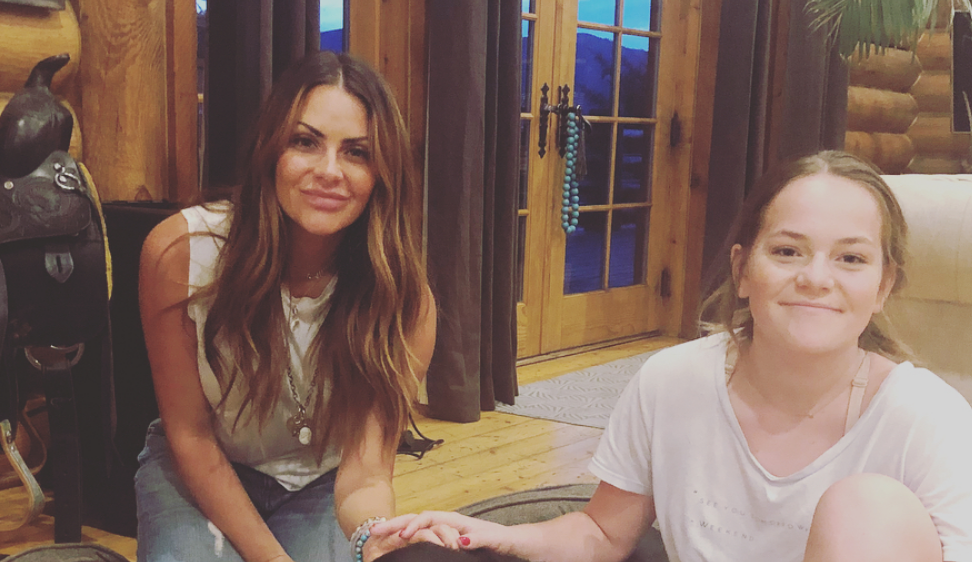 As TV Shows Ace previously reported, The Bachelor’s Michelle Money is going through a difficult time. Her 15-year-old daughter Brielle was in a skateboarding accident. Initially, Michelle revealed that her daughter was on life support. Thanks to social media, she has been able to keep her 307,000 followers up-to-date on what’s going on. The accident happened one week ago, and Michelle’s fans have gotten regular updates since then.

On Sunday morning, Michelle took to Instagram to share another update. She shared a one-and-a-half-minute long video. In the video, the mom is very tearful and is clearly processing a lot of emotions. In her video, she is urging her followers to pray for Brielle during this time. She says, “I just need everyone to pray right now.”

In the video, Michelle says, “Today’s been a week and if we can’t get her numbers stabilized then we are going to have to put her into a deeper coma that has lots of other side effects that we don’t want, or we’re going to have to do surgery and remove part of her skull.” The pressure in Brielle’s brain seems to be the biggest concern right now.

Along with the video, Michelle writes, “Last night was so scary. Considering other options since it can’t be managed with what we are currently doing. I believe in the power of prayer. Sorry for the emotional video, I just don’t know what else to do and I’m alone in here and need support.”

Last night was so scary. Brain pressure is up. Considering other options since it can’t be managed with what we are currently doing. However, once I posted to my story asking you to pray, her numbers went down lower and have maintained since then. I believe in the power of prayer. Today is a big day. One week since accident. If we can’t see a turn for the better today we have to consider a different option and they are not what we want to be doing. It’s Sunday. However you choose to spend your day, I would please ask that at 4pm MST, you will stop and pray with my family and me. It would also be amazing if you could just pray all day. Sorry for the emotional video I just don’t know what else to do and I’m alone in here and need support. #prayforbrie

Michelle has been very open with her social media followers during this time. One thing she’s brought up is that Brielle argued about wearing a helmet. Michelle addressed this in an Instagram video and talks about being a parent instead of being a friend. As TV Shows Ace reports, Michelle wants to be a stricter parent to protect Brielle.

She says she wants to go back and do things differently. She wants to be harder on Brielle so she can keep her safe. The mom wants to limit Brielle’s social media and phone usage. This accident is showing her that her parenting style isn’t what was right for her daughter. She’s showing that she’s learning because of the accident.

I’m feeling mad and disappointed in myself today. I know it’s not helpful in this situation but it’s where I’m at. Raising Brielle as a single mom with 50/50 custody has made it difficult to ever want to argue with her. I only get her half of the week. I’ve made being her friend more important than being her mom. I regret a lot of things today. I hope this can be a strong reminder to make it your job to parent first. They will love you eventually. Keep them safe first. In all aspects. Put the helmet on.

Finally, she urges her followers, “ALWAYS MAKE THEM WEAR THE HELMET. ALWAYS. EVEN WHEN THEY PUSH BACK.” She says to do this in every possible way, even if there’s not a physical helmet.

Check back with TV Shows Ace for the latest updates on Michelle Money and her daughter Brielle.