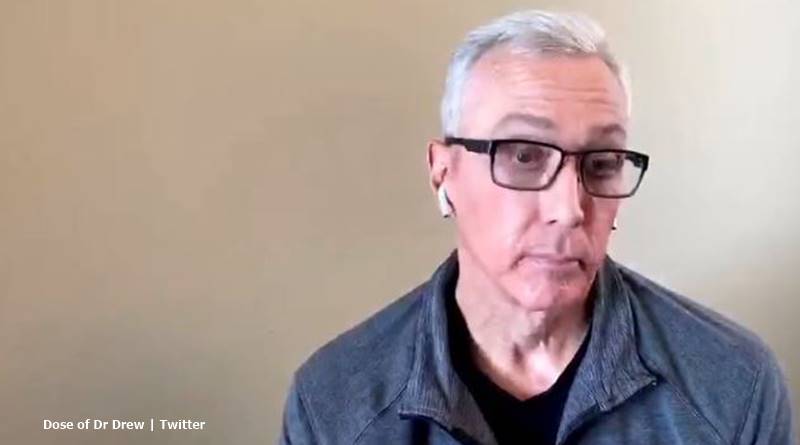 Dr. Drew Pinsky, well known for shows like Loveline, Celebrity Rehab, and more recently as a consultant to the Teen Mom stars, got less than serious when the coronavirus hit the USA. He initially said he didn’t think people should worry too much as it’s really just a type of Fu. Now, he took an about-turn and acknowledged he said the wrong thing. He seems-super-sorry.

Dr. Drew Pinsky says he changed his mind, and the coronavirus isn’t like ordinary flu

TV Shows Ace often refers to Dr. Drew in articles about reality TV stars. But, these days, he’s engaged in the coronavirus debate like most health-related professionals. Plenty of Americans might recall that in February, he popped up on TV talking about the onset of the coronavirus. He spoke about how it’s more just a Flu and reminded people to go and grab “their Flu shots.”  He talked on February 6 saying that in fact, he feels it’s “less dangerous than influenza.” He felt the media just climbed in and hyped it all up.

In fact, Dr. Drew Pinksy several times ascribed the coronavirus fears as nothing more than a “press-induced panic.” By March, he talked about only people over 65 needing to stress about getting the disease. In fact, he stated that people under that age would just suffer from the Flu. On Dose of Dr. Drew, he told people to “just go to the movies.” Then, he later talked about the NBA games without fans, noting, “I think that’s a mistake.” Actually, right through until March 31, he still held to the theory it’s no worse than the Flu in terms of deaths. But now he seems sorry as he was wrong.

Hollywood Life noted on April 4, that the doctor made a new video on Dose of Dr. Drew. He backtracked and suggested people follow the advice of the CDC’s Dr. Anthony Fauci. In fact, he suggested people get their current information about the Coronavirus from him. Plus, he started explaining how he also realized now that this virus represents a bigger danger to people than ordinary Flu. He also noted that he “adjusted course.” He said, “And if you notice, I’ve been doing about two hours of media today backing, changing my perspective in such a way to sign on for the aggressive measures we are taking.”

That’s a big step back from previously. Recall, Dr. Drew Pinsky ridiculed social-distancing. He actually called it “ridiculous” that people avoid travel by train. Now, he says that he “[wears] a mask outside…[which pays] dividends.” He now suggests that they work and help in “flattening the curve.” Now, he says that he “signed up with the New York and Los Angeles Health Corps.” He prepared himself for assisting on the frontline if they need him in New York.

What do you think about Dr. Drew Pinksy getting it so wrong? But in fairness to him, he certainly wasn’t the only person suggesting it could just be some Flu, in the early days. Sound off your thoughts in the comments below.

Remember to check back with TV Shows Ace often for more news about Dr. Drew Pinsky and the coronavirus.