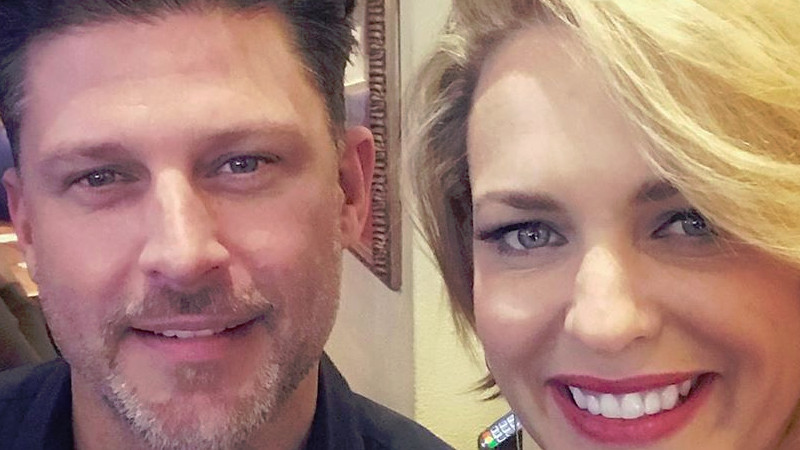 Stuck at home during the coronavirus quarantine? It’s a perfect time to catch up on your favorite daytime dramas. New episodes of Days of Our Lives air every day. General Hospital and The Young and the Restless will begin airing classic episodes due to production being delayed on new episodes, TV Shows Ace reports.

Here’s what fans can expect to see on DOOL this week.

Nicole Tells Eric the Truth About Baby Mackenzie on DOOL

Spoilers indicate that the baby switch storyline will come to a head this week. It will dominate DOOL this week, as news travels slowly around Salem about baby Mackenzie (‘Mickey’ for short.)

Nicole (Arianne Zucker) has slowly been putting the pieces together about baby Mickey not being Eric’s (Greg Vaughan) daughter. However, she didn’t want to tell anyone her suspicions without proof. Nicole gets proof this week and decides the secret is too big to keep to herself.

Baby Mickey isn’t Eric and Sarah’s (Linsey Godfrey) daughter. She is the offspring of DOOL‘s Kristen (Stacy Haiduk) and Brady (Eric Martsolf.) Sarah’s baby died shortly after birth. Xander (Paul Telfer) switched the dead baby with Kristen’s baby and Kristen has been mourning her daughter ever since.

Now that Nicole has proof, she breaks the news to a devastated Eric this week on DOOL. The two then decide to inform Sarah, but Sarah is about to walk down the aisle to marry Xander. They do tell her the news and she goes ahead with the wedding anyway. To what end – to get revenge on Xander or because she truly loves him?

The residents of Salem are finally in-the-know about Steve (Stephen Nichols) being a brainwashed Stefano. Last week on DOOL, ‘Stefano’ had a run-in with Anna’s (Leann Hunley) high heel. During surgery, Sarah and Kayla (Mary Beth Evans) remove the chip from Steve’s brain.

Unfortunately for Kayla, one small problem is apparent when he wakes up. He doesn’t remember her or their love for one another.

Despite being with Justin (Wally Kurth) now on DOOL, Kayla sits vigil at Steve’s bedside while he recovers from surgery. She seeks advice from Jennifer (Melissa Reeves) about having feelings for Steve and Justin.

Meanwhile, Jack (Matthew Ashford) advises Justin to fight for Kayla. Will one of DOOL supercouples from the 80s reunite or will Kayla stay with Justin?