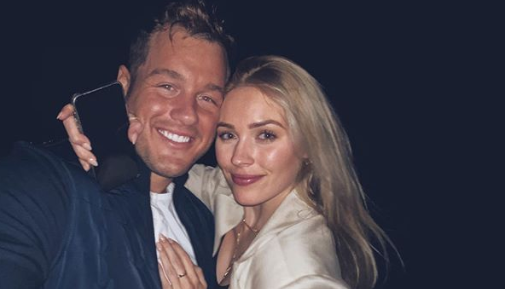 After Colton Underwood let fans know he’d tested positive for COVID-19, he self-quarantined. After his announcement both he and Cassie Randolph got backlash. Some people thought they weren’t following social distancing properly. This was on March 20.

Some people were also upset he was able to get the test when others cannot. He said, “I’m sort of in the same boat as every other American. I didn’t use my name, I didn’t get tested just because I’m a celebrity.” The first two doctors he visited turned him down.

Colton said, “I had to fight for my health. I mean, I wasn’t doing well, and I wanted to know what was wrong with me.” Colton felt he stayed open with fans about his sickness.

Colton Underwood shared his thoughts telling his fans, “we got this.” He let them know, “I tested positive and I have been following all of the social distancing rules since last week. For anyone out there that is hesitant to self-quarantine… please do yourself and your loved ones a favor and stay home.

After that, he tweeted a message about a tweet from Donald Trump referencing The Bachelor. Trump had tweeted something the New York Times had written about his briefings. It said, “President Trump is a ratings hit. Since reviving the daily White House briefing Mr. Trump and his Coronavirus updates have attracted an average audience of 8.5 million on cable news, roughly the viewership of the season finale of The Bachelor.”

Today is National Doctors’ Day, an annual observance aimed at appreciating all physicians who strive to keep us healthy everyday and even save our lives. I can’t thank all of these hero’s on the front lines during a global pandemic enough. Join me in honoring all of the doctors and medical professionals worldwide who’ve spent so much time & energy mastering their field of expertise to keep us healthy. Stay safe and stay strong. Love you all. #NationalDoctorsDay #Doctors

Colton Underwood tweeted a response to that according to The Cheat Sheet. He said, “Hardly a time to boast ratings, but as someone who had both Coronavirus and the title of The Bachelor… we need to worry about different numbers and statistics right now. like test, death rate, & treatment.”

He deleted his tweet saying he didn’t want to make it political. He said no matter your political affiliation, the message is it affects everyone and that needs to be out there. Colton said this is the time to listen to our doctors and there’s so much going on.

His final message was, “we just really need to listen to them and respect what they’re saying. If you’re not going to do it for your own health, do it for the people you love.” That’s probably a good message for Bachelor nation and the world to really take to heart right now.